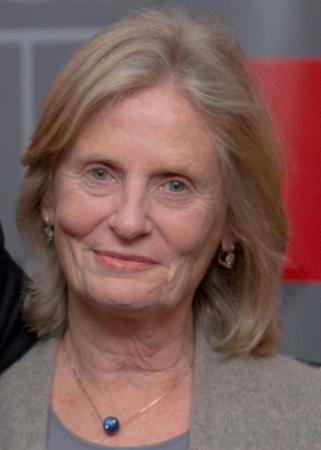 Joan Wernig Sorensen, a Class of 1972 Brown graduate, has had a long career in development, alumni relations and higher education administration. She has been a fundraising consultant to numerous non-profit organizations in Providence, Rhode Island and Deer Isle, Maine. Over the past 48 years, she has served in numerous volunteer roles. She is a member of the Brown Board of Fellows and previously served two terms on the Board of Trustees. She is a co-chair of the Brown Annual Fund, member of the Brown Alumni Association Board of Governors, regional chair of the Brown Alumni Schools Committee and served as the first female President of the Brown Club of RI. Joan is currently the co-chair of Brown’s $3 billion “Brown Together” Capital Campaign.  She serves on Brown’s Library Advisory Council and the Carney Institute for Brain Science Advisory Council. She has received numerous awards from Brown for her volunteerism and fundraising.  She is one of a few alumni/ae to receive the Elwood “Woody” Leonard Award for Distinguished Achievement. In 2019 she received an honorary degree from Brown. She has also served on the boards of many non-profit organizations and independent schools in Providence and Deer Isle, Maine.