The Corporation of Brown University 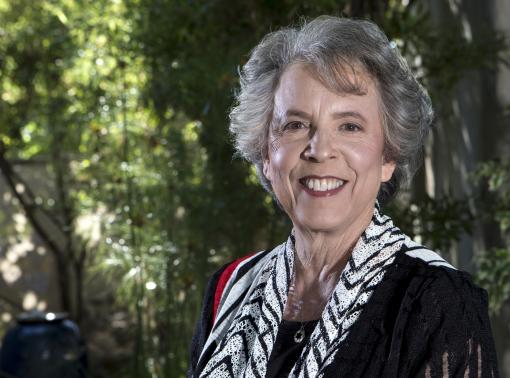 Ordained in 1976, Laura Geller was the third woman in the Reform Movement to become a rabbi. In 1994, she became the first woman selected following a national search to head a major metropolitan synagogue when she was named senior rabbi of Temple Emanuel of Beverly Hills, where she now serves as emerita. Prior to that she was Hillel director at the University of Southern California and then the director of the Pacific Southwest Region of the American Jewish Congress, where she created the Jewish Feminist Center, which became a model for feminist centers around the country. Under her leadership, AJCongress was at the center of interfaith and inter-ethnic projects in Los Angeles, including Muslim-Jewish dialogue, police reform, and efforts to help heal Los Angeles in the wake of the 1992 riots. Her honors include being named one of Newsweek's 50 Most Influential Rabbis in America. Along with her late husband Richard Siegel, she is the co-author of Getting Good at Getting Older and a founder of the first synagogue based village, ChaiVillageLA, part of the rapidly growing Village Movement for older adults. A 1971 graduate of Brown, Geller concentrated in religious studies and was involved with efforts to implement the New Curriculum in 1971, as well as with campus civil rights and antiwar movements. She was elected to the Board of Fellows in 2010 after serving on the Board of Trustees from 2001 to 2007. She is the parent of 2003 and 2010 graduates of Brown.