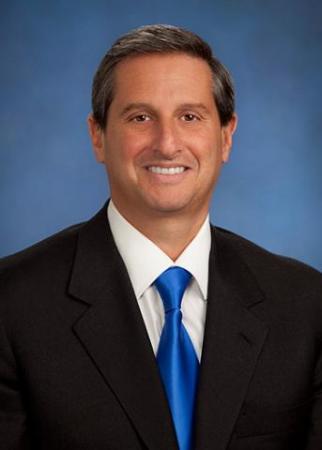 Rich Friedman is Chairman of the Merchant Banking Division at Goldman Sachs and sits on its Management Committee. He joined Goldman Sachs in 1981, was made a partner in 1990, and currently chairs Goldman Sachs' Investment Committee and its Real Estate Investment Committee. Friedman earned his Bachelor of Arts at Brown in 1979 and continued his studies at the University of Chicago, where he earned his M.B.A. in 1981. He was elected to the Brown Corporation Board of Fellows in 2013 following a term on the Board of Trustees. In 2017, Friedman and his wife Susan, a 1977 Brown graduate, gave the University funds to renovate Wilson Hall which has been renamed Friedman Hall. In 2005 the couple gave the University funds to develop a 24-hour study center  a frequently expressed student priority  in the lower three floors of the Sciences Library. Beyond Brown, Friedman serves as Co-Chairman of the Board of Trustees of The Mount Sinai Hospital System, and the Richard A. and Susan P. Friedman Family Foundation provides funding primarily for education, hospitals, health associations, and interests of the Jewish community.