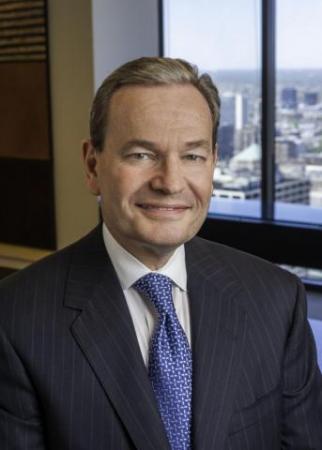 Samuel M. Mencoff is a Founding Partner and Co-CEO of Madison Dearborn Partners, one of the nation's leading private equity investment firms. Mencoff earned a Bachelor of Arts degree with a concentration in Anthropology from Brown in 1978. As a student, he served as President of the Association of Fraternity Presidents. He was elected Brown's 21st Chancellor in 2016, after having served on the Corporation as a Fellow since 2009. Previously he served on the Board of Trustees from 2003 to 2009. He is a Co-Chair of the BrownTogether campaign, and chairs the Corporation's Committee on Trustee Vacancies. Mencoff earned an M.B.A. from Harvard Business School in 1981. He serves as a Commissioner of the Smithsonian Institution's National Portrait Gallery, and is a director of Packaging Corporation of America, World Business Chicago, NorthShore University HealthSystem, and Vice Chairman of the Board of Trustees of the Art Institute of Chicago.