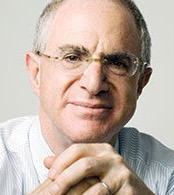 Thomas Tisch is a member of the Board of Fellows and served as the 20th Chancellor of Brown University from 2007 to 2016. He was a member of the Board of Trustees from 2002 to 2016. Tisch is managing partner of Four Partners, an investment firm in New York City. He serves on the boards of trustees for the New York University Langone Medical Center and KIPP New York. Tisch received a B.A. from Brown in 1976 and earned a J.D. from the New York University School of Law in 1979.