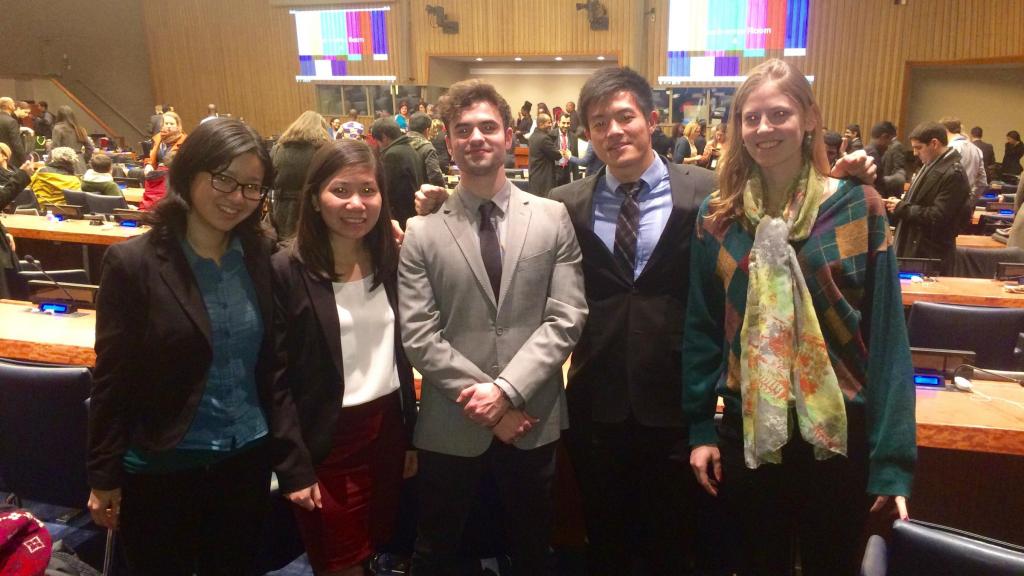 Eight Brown University undergraduates attended a two-day conference at the United Nations headquarters in New York City on February 2-3, 2015. The event, organized by the Economic and Social Council, was dedicated to exploring issues central to youth, particularly political participation in order to focus on rights specific to the youth population.

Youth delegates from around the world flew in to attend the event. To our right sat Ukraine, to the left Azerbaijan. Opening remarks from President of ECOSOC H.E. Mr. Martin Sajdik and Secretary-General Mr. Ban Ki-moon set the stage. Ban Ki-Moon urged the youth gathered there to participate in the UN’s main priorities for the year: complete the Millennium Development Goals by December 2015, creating a post-2015 development agenda, and agreeing on a binding climate change agreement in Paris in December 2015. In the following two days, we heard from a variety of impressive speakers, including permanent country representatives from Ireland, Kenya, Portugal, Tunisia, Columbia, and South Korea, among others. Each seat was equipped with a translating headphone to accommodate the numerous languages spoken by the representatives. In interactive discussion sections, youth delegates also asked questions directly of the speakers on issues such as gender equality, youth employment, and youth participation on a local, national, and international level.

As a senior concentrating in International Relations, this conference inspired me to take the next step after graduation to continue within the field of international affairs. Conferences are not the models of communication and action that we believe them to be. Instead, this conference served to educate and motivate the participants to take the knowledge back into their communities and create positive action within that space.