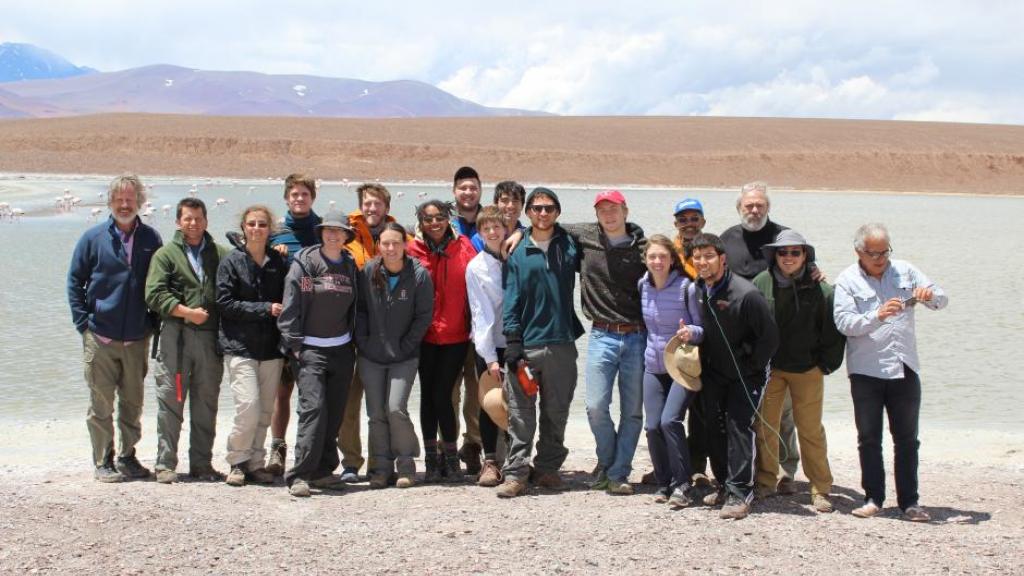 A group of Brown students and faculty members, supported by Brown’s Global Experiential Learning and Teaching (GELT) program, traveled recently to Argentina to study the region's geology and to learn about the global tectonic processes that push and pull the continents around the globe.

PROVIDENCE, R.I. [Brown University] — New Englanders may be surprised to learn that they live on a chunk of land that was once part of the protocontinent that later formed South America. Likewise, the ground beneath present-day Argentina was once part of the North American protocontinent. Here in New England, geological evidence of this ancient tectonic land swap is hard to come by. But in Argentina, that evidence is laid bare on the surface.

A group students and professors from Brown recently traveled to Argentina to see that first hand. The trip was part of a class on global tectonics taught by geologists Alberto Saal, Greg Hirth and Don Forsyth, and supported by Brown’s Global Experiential Learning and Teaching (GELT) program. Over 15 days, the group of 14 undergrads and grad students drove more than 2,100 miles across Argentina, spanning millions of years of geological history in the process.

“I always wanted to do this with students,” said Saal, who grew up in central Argentina. “I knew how beautiful the geology is. Plus, the eastern border of North America and the western border of South America have parallel histories.”

Those parallel histories start around 550 million years ago, when a piece of the supercontinent that would later form South America and Africa broke off and drifted away to eventually collide with proto-North America. Parts of Maine, Massachusetts and all of Rhode Island are all part of that chunk. Around the same time, a piece of the North American protocontinent broke off and headed toward South America. That piece, known as Precordillera, is now embedded in central Argentina.