Art at Watson Presents: Rio: A Visual Dialogue over One Hundred and Fifty Years 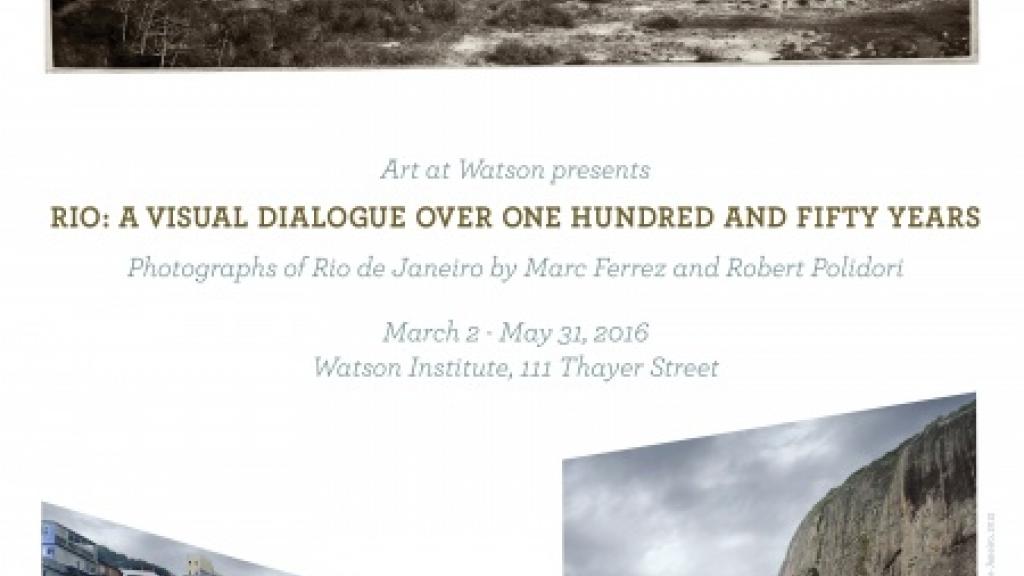 Both photographers responded directly to the strong and majestic presence of nature that surrounds and shapes the ever expanding city urban space. Polidori, through the use of large format photography and panoramic views, registered Rio in a manner very similar to Marc Ferrez, who pursued this same objective over a century earlier.

Ferrez strongly contributed during his five decades career to the construction of the present iconicity of Rio de Janeiro. Like Eugène Atget and his search for the essence of the urban space in the parks and gardens of old Paris, Ferrez perused the city’s outskirts, the mountains and the bay area, constructing a personal and poetic vision of the urban space of Rio at the border where the natural and the manmade come together.

Polidori’s contemporary work, on the contrary, is primarily oriented to the direct documentation of the settlements on hills and slopes that form the “favelas”, self-constructed areas that have consistently expanded to incorporate increasing and steady urban population growth, largely due to both intense internal migration and lack of significant local investments in urban mobility and infrastructure throughout most of the 20th century. His eyes deliberately search for the non-iconic city, aiming for a more balanced representation of present day Rio.