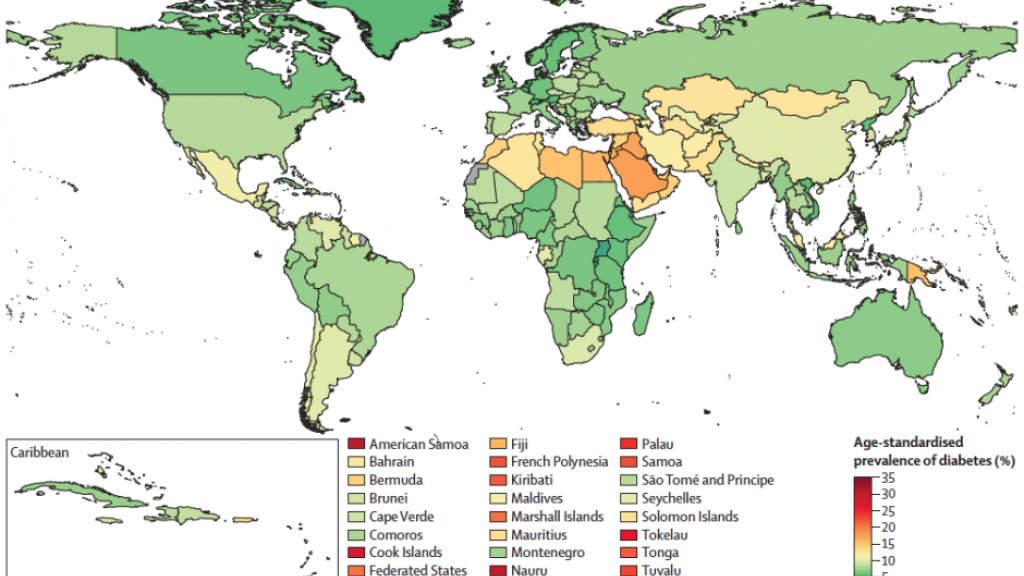 As someone who has studied nutrition and health in Samoans over the last 40 years, Brown University public health researcher Stephen McGarvey provided data for new publications on the global trends in obesity and type 2 diabetes reported in The Lancet.

PROVIDENCE, R.I. [Brown University] — In two new papers in The Lancet that report dramatic worldwide increases in body-mass index (BMI) and type 2 diabetes, the U.S. territory of American Samoa and independent Samoa are mentioned for their especially high prevalence of both conditions. As a researcher who has studied these phenomena in Samoans since 1976, Stephen McGarvey contributed extensive data on temporal trends to both reports and helped to write the diabetes paper. He also sees in the global data some of the same patterns he’s seen play out in the Samoan islands.

The studies show that between 1975 and 2014, the world made a transition to where obesity is now more common among adults than being underweight. Over about the same timeframe of 1980 to 2014, the global proportion of adults with diabetes more than doubled among men and increased by nearly 60 percent among women.

Rates were already climbing in American Samoa in the mid 1970s, when McGarvey began his research, and they’ve continued to climb. Now, as the studies note, American Samoa is the locale where women have the highest mean body-mass index and both genders have the highest prevalence of diabetes at more than 30 percent. Independent Samoa also has high levels of these two conditions.

“The Samoas started early and went to very high levels,” he said, “but there are some other nations, or even parts of nations, whose rate of change recently has been very rapid.”

Many factors have contributed to the increases in BMI and diabetes in Samoans. Part of McGarvey’s research has been to investigate whether genetics play any kind of role. But predominantly the influences have been the same ones that have played out in many other developing parts of the world, said McGarvey who teaches a class at Brown called“Global Health Nutrition.”

One is the so-called “Nutrition Transition,” a term coined by Barry Popkin of the University of North Carolina. Global food supply chains have given many places access to high-calorie, high-fat processed and prepared foods, McGarvey said. In Samoa, for example, he’s seen a proliferation of small family businesses where people cook fried chicken for sale. Feeding that trend has been an increase in the availability of cheap imported cooking oil and frozen chicken parts.

Meanwhile as economies have modernized, cars and buses have replaced walking, and work has often changed from physically demanding subsistence work to relatively sedentary industrial and services jobs, McGarvey said. Household lifestyles are also less likely to be structured around laborious home cooking of traditional cuisine.

In short, as in the Samoas, more places are becoming more like Western countries where food has gone from being self-sourced and self-prepared to more caloric and convenient.