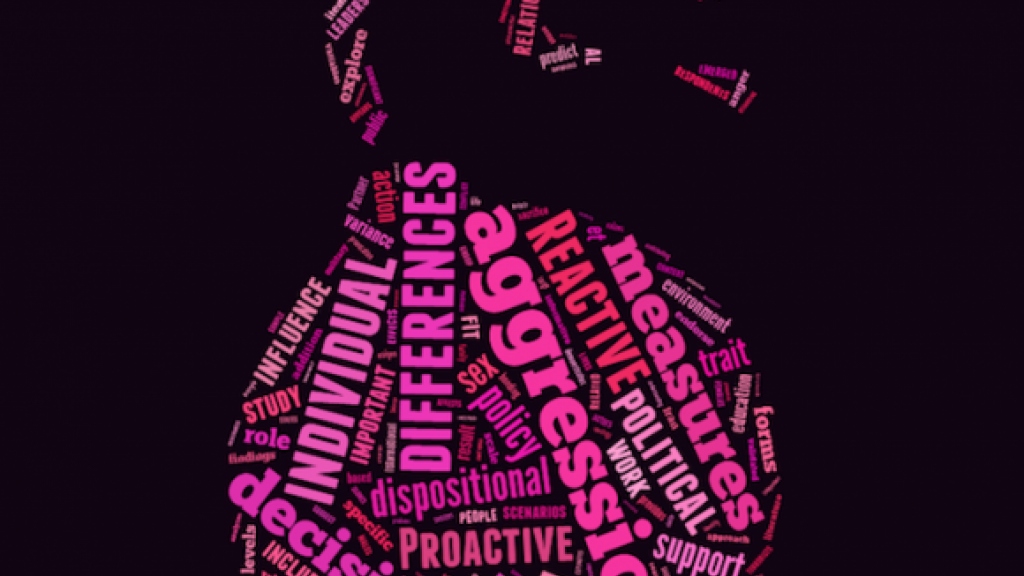 The research found that individuals who scored higher on a commonly used scale that measures aggression were also “more likely to support aggressive foreign policy interventions and displayed a more utilitarian moral calculus than those who scored lower on this scale.”

The study, published in the journal Aggressive Behavior, looks at the link between personal physical aggression, which the researchers note is genetically influenced, and individual attitudes toward foreign policy and moral choices in complicated contexts.

“We wanted to explore the relationship between individual tendencies to engage in physical aggression in interpersonal situations and attitudes toward larger foreign policy issues and broader moral choices,” said co-author Rose McDermott, the David and Marianna Fisher University Professor of International Relations at Brown University.

“Behaviors once thought to be purely social, such as morality, political values and economic decisions, are now known to result from the combination and interaction of genes and environments,” McDermott wrote with her co-author, political scientist Peter K. Hatemi of Pennsylvania State University.

In the past, the relationship between “personal proclivities toward aggression and public manifestations in foreign policy emerged from biographical and historiographic perspectives of leader behavior,” the authors wrote. This ranged from studies using the Freudian notion of projection — how political leaders could project their needs, desires and aggressive drives onto the larger political world — to looking at the link between personal aggression among U.S. State Department leaders and their advocacy for the use of force.

McDermott and Hatemi note the limitations of such studies, including their anecdotal nature, and point out that the recent introduction of behavior-genetic approaches to analyze social decisions adds both opportunity and complexity to the understanding of what drives political and social choices.

“Yet the importance of individual differences in aggression for attitudes toward foreign policy or context-laden moral choices, such as sacrificing the lives of some for the greater good of many, has yet to be fully explored,” the authors wrote.

So they aimed to begin to specify the mechanisms by which individual tendencies translate into political action and to consider the impact of “social, environmental or genetic” factors. Understanding the sources of variation in individual behavior, alone or in aggregate, the authors wrote, is an important tool for understanding the origins of political violence.