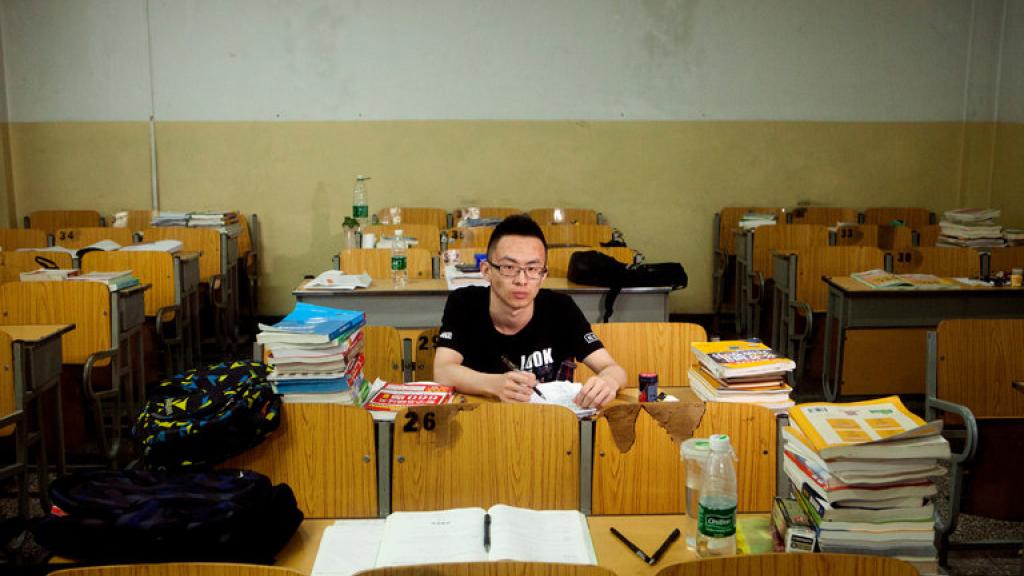 "BEIJING — Chinese primary and secondary schools are often derided as grueling, test-driven institutions that churn out students who can recite basic facts but have little capacity for deep reasoning.

A new study, though, suggests that China is producing students with some of the strongest critical thinking skills in the world.

The unexpected finding could recast the debate over whether Chinese schools are doing a better job than American ones, complementing previous studies showing Chinese students outperforming their global peers in reading, math and science.

"But the new study, by researchers at Stanford University, also found that Chinese students lose their advantage in critical thinking in college. That is a sign of trouble inside China’s rapidly expanding university system, which the government is betting on to promote growth as the economy weakens.

The study, to be published next year, found that Chinese freshmen in computer science and engineering programs began college with critical thinking skills about two to three years ahead of their peers in the United States and Russia. Those skills included the ability to identify assumptions, test hypotheses and draw relationships between variables.

Yet Chinese students showed virtually no improvement in critical thinking after two years of college, even as their American and Russian counterparts made significant strides, according to the study.

“It’s astounding that China produces students that much further ahead at the start of college,” said Prashant Loyalka, an author of the study. “But they’re exhausted by the time they reach college, and they’re not incentivized to work hard.”"