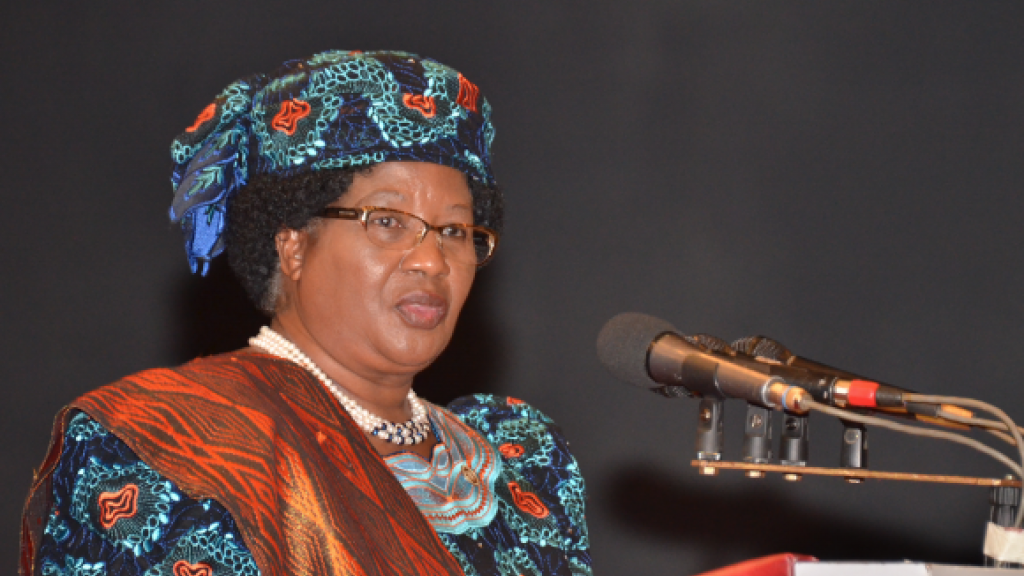 Drawing on decades of experience as a political leader and champion for the rights of women, children and marginalized groups, Joyce Banda will discuss Africa’s future as part of the 93rd Ogden Lecture on Sept. 19.

Banda — the country’s first female president and an entrepreneur, activist, politician and philanthropist — will draw from her experiences to discuss how championing the rights of women, children and the disenfranchised can address equity issues across the globe. The lecture is titled “Moral Leadership: The Prerequisite for Economic Growth, Development and Peace in Africa.”

Banda’s presentation begins at 5:30 p.m. in the Salomon Center for Teaching’s DeCiccio Family Auditorium on the College Green at Brown. The event is free and open to the public with no tickets required.

A live webcast will be available here: www.brown.edu/web/livestream.

Voted as Africa's most powerful woman by Forbes magazine for two years running and voted as one of the most powerful women in the world, Banda is a champion for the rights of women, children, the disabled and others.

She was elected president of Malawi in 2012 amidst an ailing economy on the verge of collapse. During her tenure, she was an advocate for marginalized groups and was credited with turning around the country’s economic trajectory. She also spearheaded an initiative that reduced the high maternal death rate and repealed laws that infringed on civil liberties.

Prior to her presidency, Banda advocated for women’s rights including the elimination of all forms of violence against women and girls. While serving as the nation’s minister of gender and child welfare, she championed the enactment of the Prevention of Domestic Violence Bill in 2006.

The Joyce Banda Foundation International, which she founded, has guided projects from empowering women to providing education for orphans. The organization has assisted more than 1.3 million people in Malawi through programs and interventions ranging from economic empowerment, agriculture and food security to education, water and sanitation, and youth development. Banda also established the National Association of Business Women, which lends women start-up cash to build small businesses, and the Young Women's Leadership Network, which mentors female students in schools.

Banda sits on the board of several international organizations including the Executive Advisory Committee of UNIFEM and has given speeches across the world including Beijing, London and Washington D.C.

Internationally, Banda was instrumental in the formation of the African Federation of Women Entrepreneurs (currently running in 41 African countries), the Council for the Economic Empowerment of Women in Africa and the Americans & Africans Business Women’s Alliance. She serves on governing boards for the United National Development Fund for Women and the Global Leaders Council for Reproductive Health, among other international organizations.