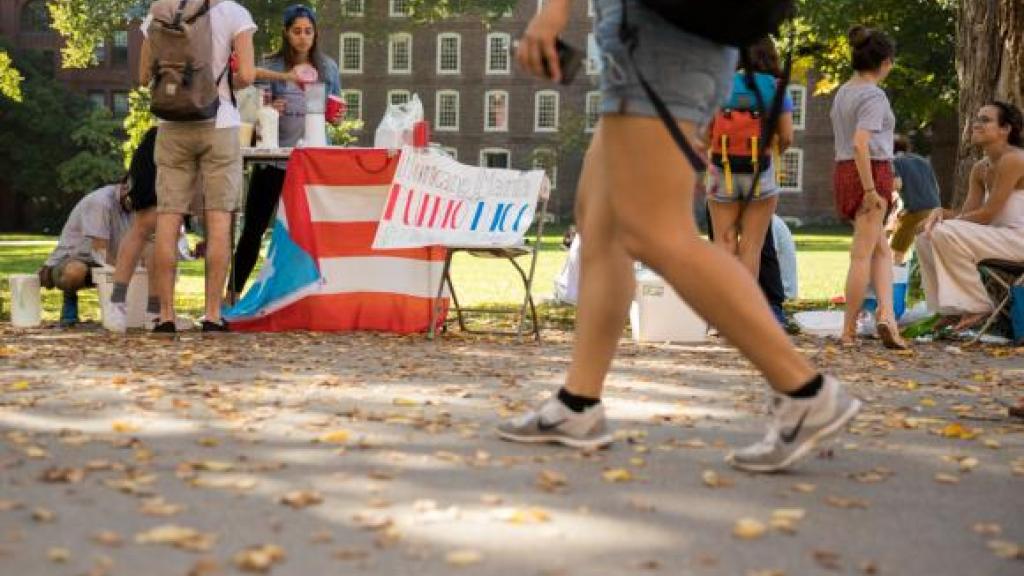 In addition to formal efforts organized through the Leadership Alliance to bring scholars to campus, members of the Brown community are raising funds, housing visiting students and offering direct assistance to those affected by Hurricane Maria.

Andrés Martínez-Muñiz waited out Hurricane Maria with his parents at their home in the city of Gurabo, Puerto Rico. More than a month after the powerful Category 4 storm decimated much of the island, his family’s house is still without working electricity, running water or internet service — as is most of the U.S. island territory. His school, the University of Puerto Rico, where nearly 60,000 students pursue their studies, remains shuttered.

Last Tuesday, Martínez-Muñiz, an undergraduate chemistry major, boarded a plane from Puerto Rico to Rhode Island, where he’ll finish his fall semester studies at Brown — and remain through the spring semester if necessary — as one of up to 50 University of Puerto Rico (UPR) students Brown has committed to enrolling in the wake of Hurricane Maria.

“Even as the Brown community is supporting relief agencies in providing food, water, medicine and other basic living essentials to the people of Puerto Rico, we also are contributing in ways that align with our core strengths of teaching and research,” Brown President Christina Paxson said.

The desperate conditions in Puerto Rico caused by the devastation of Hurricane Maria have mobilized Brown as a higher education community to take action.

“The hurricane — it is as bad as it sounds. There’s destruction everywhere, and people are still suffering the consequences,” said Martínez-Muñiz, who described chaotic, long lines to buy necessities at stores and said his family has resorted to collecting and purifying rainwater for drinking, cooking and bathing.

Three weeks after the Sept. 20 storm, Martínez-Muñiz drove 45 minutes to find a working web connection, hoping to check in on family and friends he hadn’t heard from. When he opened his email, he found a message from Dr. Jonathan Kurtis, a Brown professor of pathology and laboratory medicine at the Warren Alpert Medical School. Martínez-Muñiz had worked in Kurtis’s lab over the summer, and the email was an invitation to return to Brown to continue his research and enroll in classes.