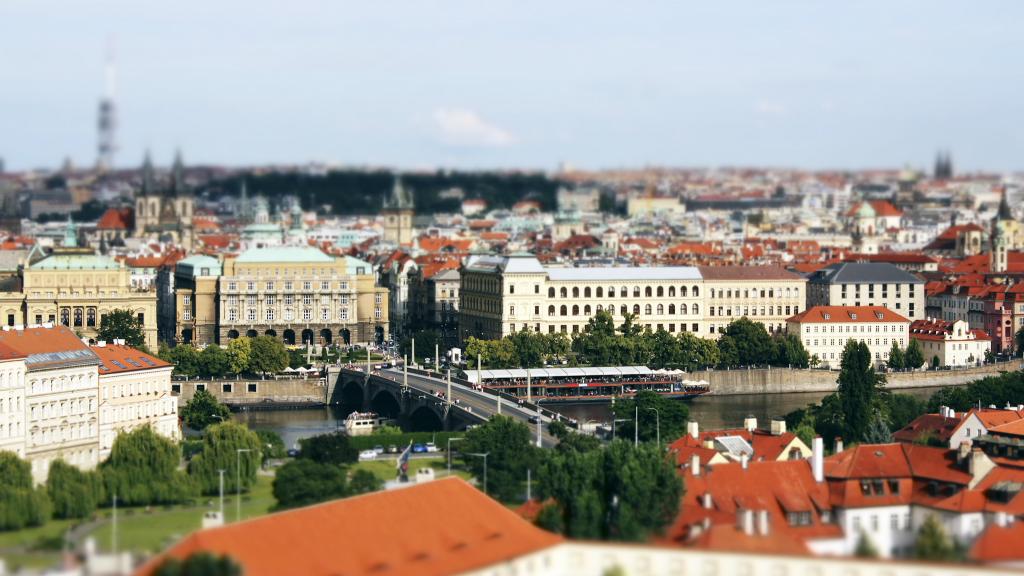 The new partnership between Brown University and Charles University emphasizes faculty and graduate student exchanges, joint research collaborations and participation in short-term academic programs and annual workshops, such as the Brown Lecture Series at Charles University.

Masako Fidler, Professor of Slavic Studies at Brown, has been instrumental in establishing a connection with Charles University after beginning a research cooperation with Charles faculty members in 2012. After subsequent visits and conferences, including a Workshop on Quantitative Text Analysis at Brown in 2016 that invited participants from the Czech Republic, India, and the U.K., the relationship with Charles University was ready to solidify. That same year, Fidler was awarded a Global Mobility Program grant through Brown's Office of Global Engagement, which funded her visit to Charles to discuss the possibility of a formal partnership. In February of 2017, a Memorandum of Understanding between the two institutions was signed, made possible by support from and collaboration among various administrative and academic units at Brown and Charles University.

Charles University, Czech RepublicFounded in 1348, Charles University in Prague, Czech Republic is one of the oldest universities in the world and the first in central Europe. It is a research-oriented institution, offering programs in 17 faculties across the humanities, social sciences, and STEM fields for its student population of approximately 50,000. Recently, the Charles Faculty of Arts (Humanities) established three multi-disciplinary humanities research centers. The centers are places for faculty to create research networks under three different themes: the Creative Laboratory, which focuses on art and literature as a driving force to build a free society, the Center for the Study of Human Society, which studies adaptation strategies in various types of interactions in the era of global changes, and the Institute for the Study of Strategic Regions, which deals with international understanding and security through social sciences, area studies and languages.

The collaboration agreement with Charles extends across a variety of disciplines, including American Studies, Applied Mathematics, Classics, East Asian Studies, Egyptology and Assyriology, History, Italian Studies, Slavic Studies, and the Virtual Humanities Lab. It is not only this multidisciplinary nature that makes the agreement stand out, but also the role that Brown faculty members have played in fostering an organic relationship with Charles University, which provided the basis for the formal partnership.

In less than a year since entering the formal partnership, nine Brown professors have already traveled to give lectures at Charles Laurel Bestock, Associate Professor of Archaeology and the Ancient World at Brown, recalls a memorable moment when her colleagues in Prague drew insightful connections between her research on images of violence in Ancient Egypt and their own perspectives on state propaganda: “To speak with people who had grown up on the other side of the Cold War from myself about how imagery and propaganda worked in our own societies and how those personal perspectives might expand the range of questions we ask about the Egyptian state was eye opening”.

Other Brown faculty members that travelled to Charles University include:

Matthew Guterl (American Studies) gave a talk in the spring of 2017 entitled “Donald Trump, Capitalism, and the Endings of America.”

David Konstan and Pura Nieto Hernández (Classics) gave a talk in the spring of 2017. Hernández gave two talks, "Female Choruses in Pindar" and “The Intimacy of Battle and a Lion's Heart,” and Konstan gave a talk entitled “Remorse: The Origins of a Moral Idea.”

Holly Case (History) gave two talks titled “The Social Question” and “The Age of Questions” in the Department of Economic and Social History at Charles’ seminar “Interpretation of Social History of the 19th Century.”

As part of the Brown Lecture Series at Charles, Tara Nummedal (History and Italian Studies) presented “Alchemy in Code: Digitizing Atalanta Fugiens” at the meeting of the Digital Editing of Medieval Manuscripts (DEMM).

Jonathan Conant (History and Classics) gave a talk on "The Widow and the Fig: Rethinking the Lives of Rural Women in Fifth-Century North Africa" in the spring of 2017.

Charles studentsIn accordance with the reciprocity agreement, professors from Charles’ Arts Faculty will be giving lectures at Brown during the 2017-18 academic year. In addition, graduate students from Brown studied/or are studying at Charles for language study and research. Similarly, graduate students from Charles are making arrangements to come to Brown as visiting research fellows to work with Brown faculty. Fundable research projects involving Brown/Charles faculty and graduate students are expected to emerge through scholarly interactions between the two institutions.