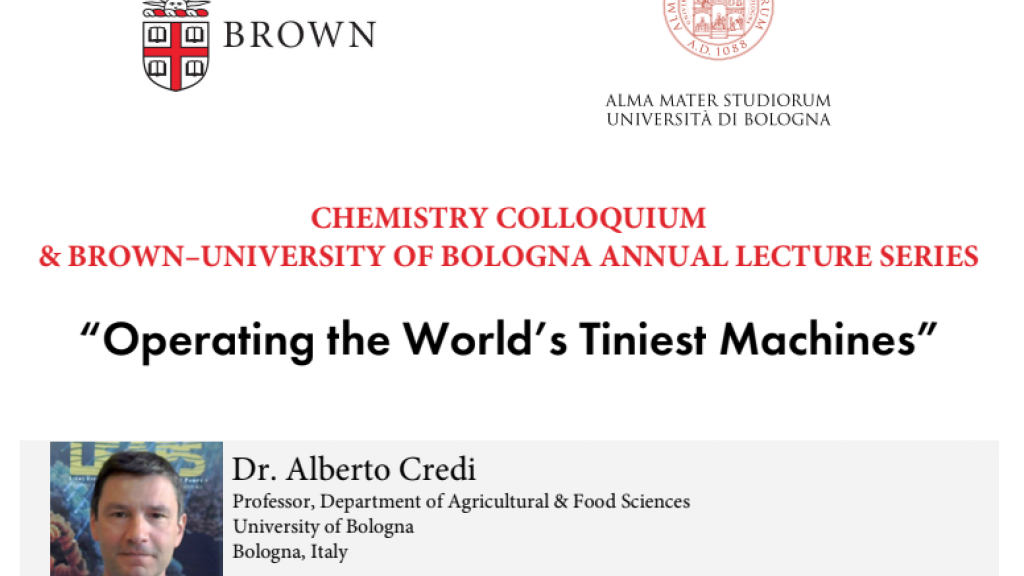 The making of functioning machines at the extreme stage of miniaturization – that is, at the molecular level – is a fascinating challenge of nanoscience and an important objective of nanotechnology. In a not-too-distant future, species of this kind could find applications in fields such as chemical manufacturing, materials science, information technology, energy conversion, diagnostics, and medicine. For more information on Dr. Credi's lecture, click here.

The partnership between Brown and the University of Bologna dates back more than 30 years, with a focus on fostering student and faculty exchanges and joint research collaborations, including the Brown in Bologna study abroad program. Since then, the agreement has expanded to include the Warren Alpert Medical School and the University of Bologna's School of Medicine. A delegation from Bologna will be coming to Brown on April 27th, 2018 to discuss future areas of collaboration between the two institutions.