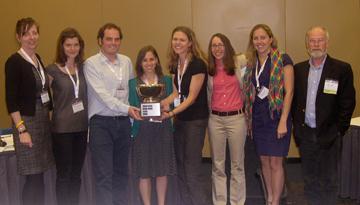 Brown University's Ethics Bowl Team -- jointly composed of graduate students from the Joukowsky Institute for Archaeology and the Department of Anthropology -- has triumphed in the Seventh Annual Ethics Bowl, organized by the Society for American Archaeology, in St. Louis, MO.

The Ethics Bowl is described by the SAA as "a fun and festive debate-style competition, in which teams of students present ways of responding to hypothetical case studies that illustrate a range of ethical dilemmas." For more information on the Ethics Bowl, see the SAA's webpage on the Seventh Annual Ethics Bowl.