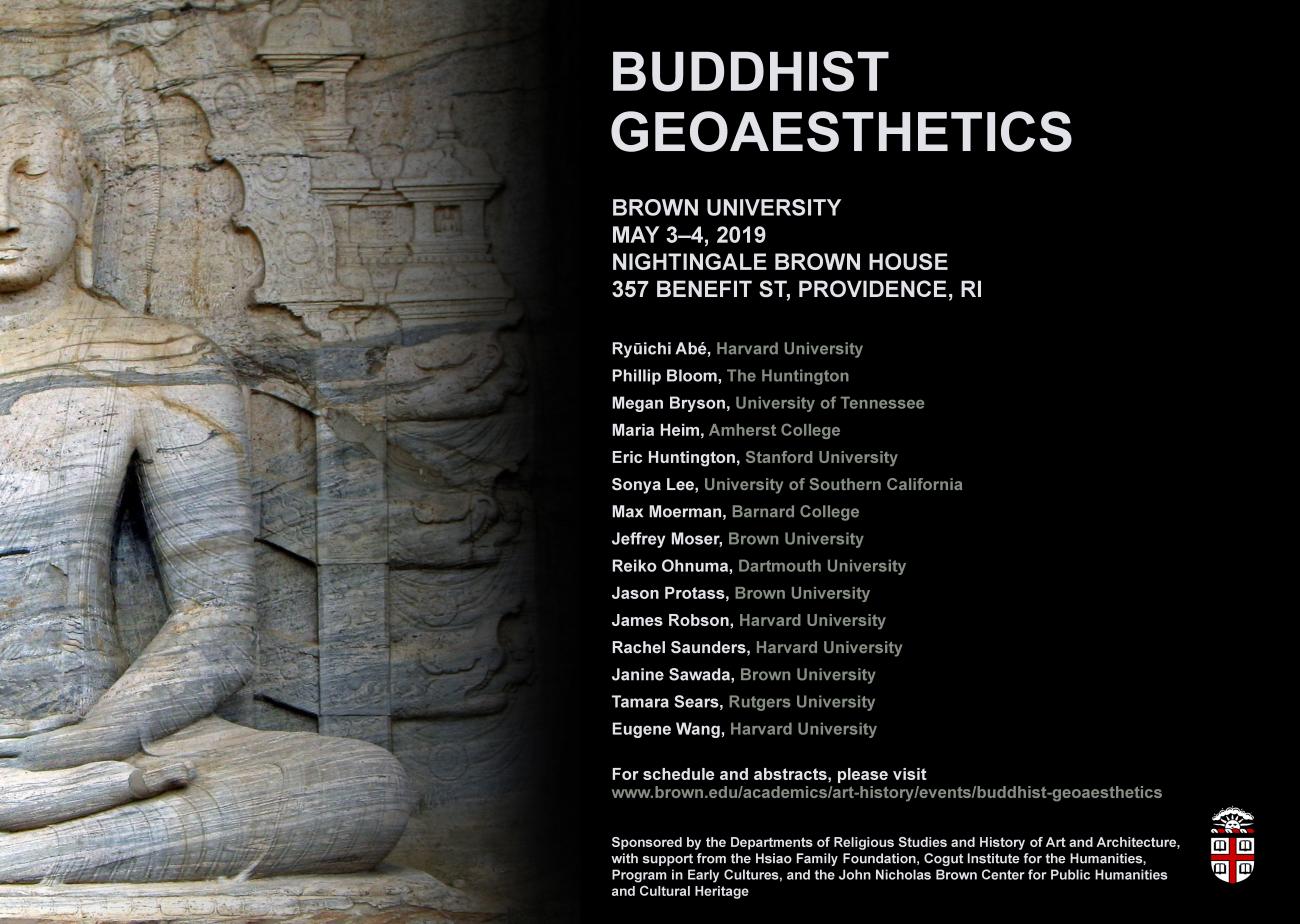 Buddhist Geoaesthetics on May 3–4, 2019 at Brown University

Geoaesthetics, an emerging term of analysis in the environmental humanities, invites consideration of the relationship between human beings and the earth. On May 3-4, Brown University will host a conference entitled “Buddhist Geoaesthetics,” bringing together scholars engaged in the study of the history of Buddhism from diverse disciplinary and regional perspectives.

Recent scholarship on Buddhist cave shrines and sacred mountains has already begun to deploy geological frameworks of analysis, examining such topics as the dynamic relationship between human and geological agency in the organization of ritual environments. The goal of this conference is to expand and critique the terms of these inquiries through a discussion of the earth and its forces across the wider field of Buddhist Studies.

Our goal is not a coherent sense of a unifying Buddhist geoaesthetics, but a collective impression of the many ways in which discrete Buddhist engagements with the earth express distinctive aesthetic visions. By giving voice to the plurality and complexity of these visions, we hope to stimulate new, productive responses to the epistemological challenges of the environmental humanities.