"in a time of political turmoil and social divisions, citizens realize again the importance of the postal service. Often considered antiquated and readily replaceable through privatization, the post office experiences a comeback. With renewed urgency, the post office can help connect people, foster a sense of community and become a public center. To empower the post office as a new civic landmark within a city, the students are challenged to rethink the post office architecturally and programmatically. The first part of the semester foresees an urban analysis and strategy for the site, the second part the architectural design of the building."

Below, Alexa Dannis explores shadows and light in her project for HIAA 003 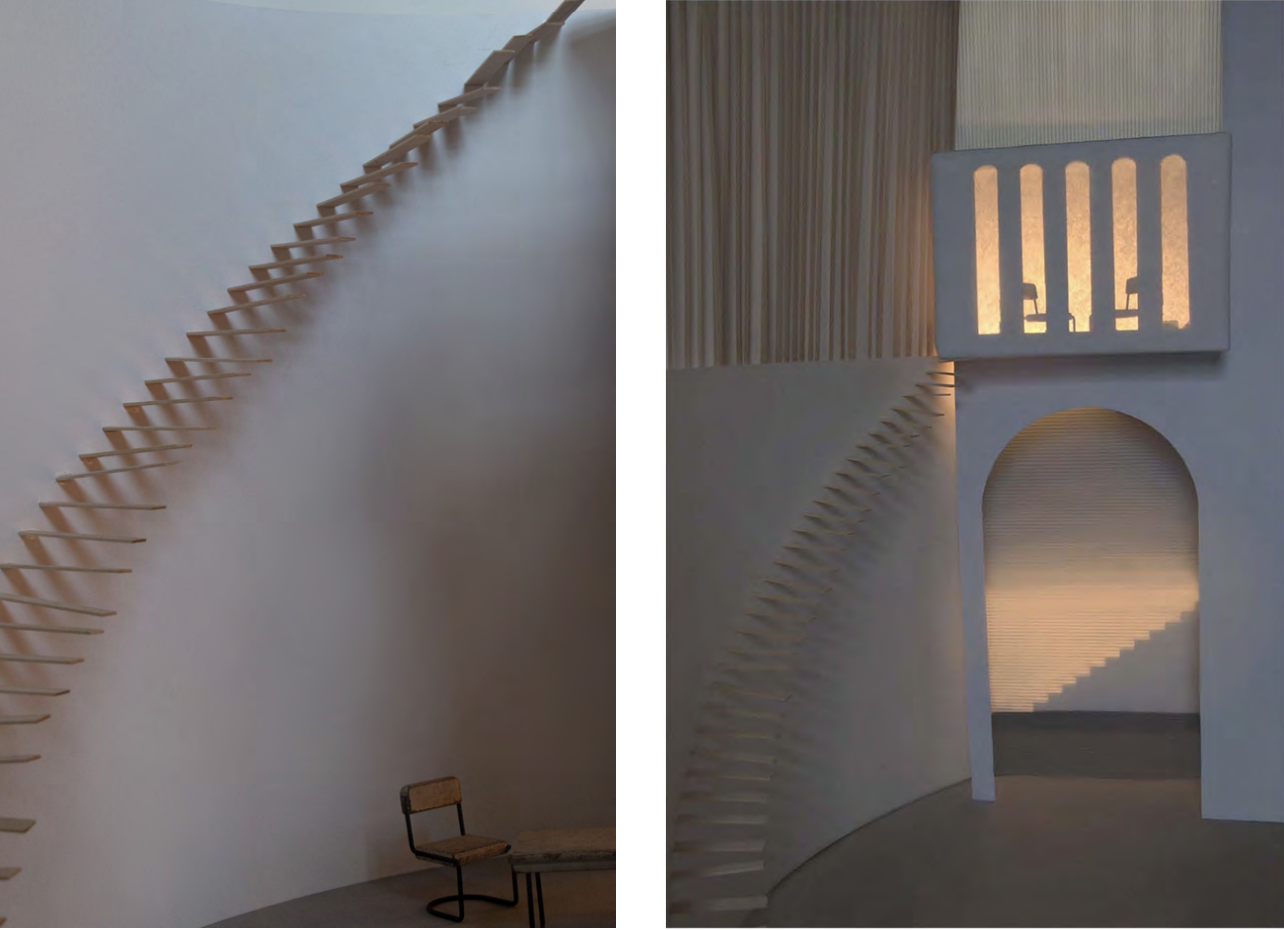