A 2- year-old male was presented with base of tongue mass, initially diagnosed by his primary care physician as a mucocele. The mass was completely excised. 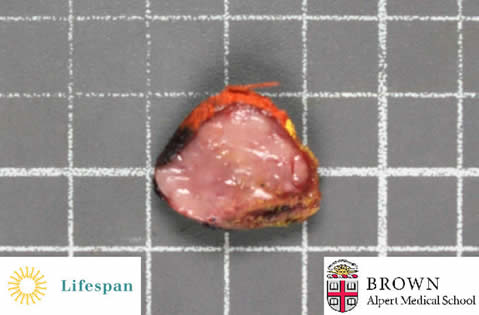 Grossly, the mass was pink to tan and firm, with some lobulations and appeared well circumscribed 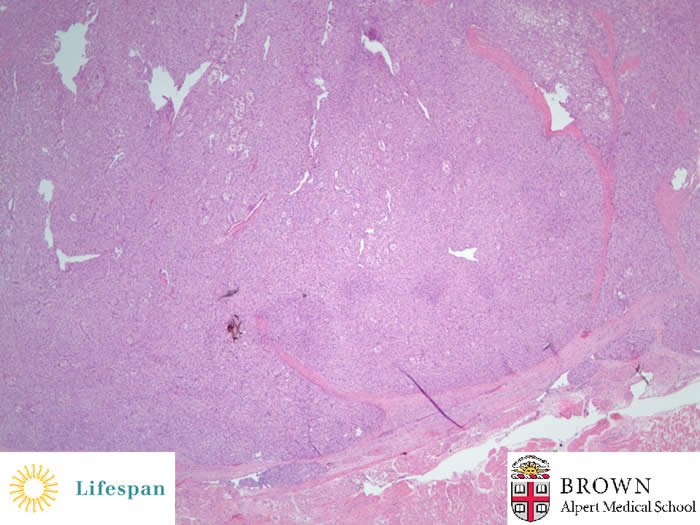 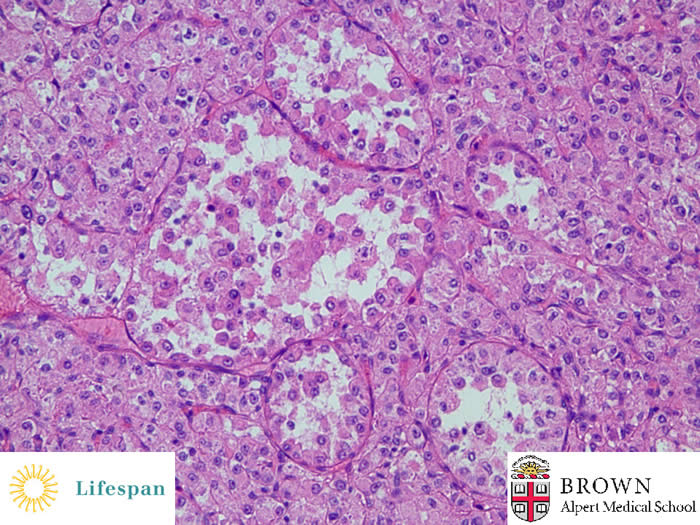 At higher magnification, nests of cells are noted, some of which are centrally discohesive demonstrating a pseudo-alveolar pattern. 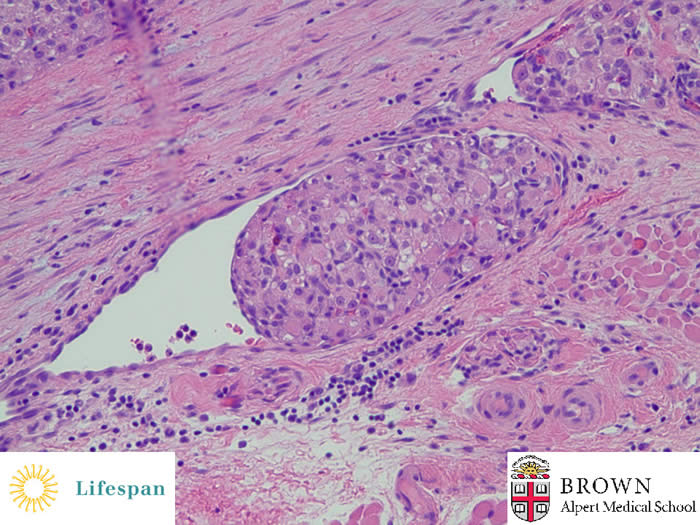 There was also vascular invasion noted. 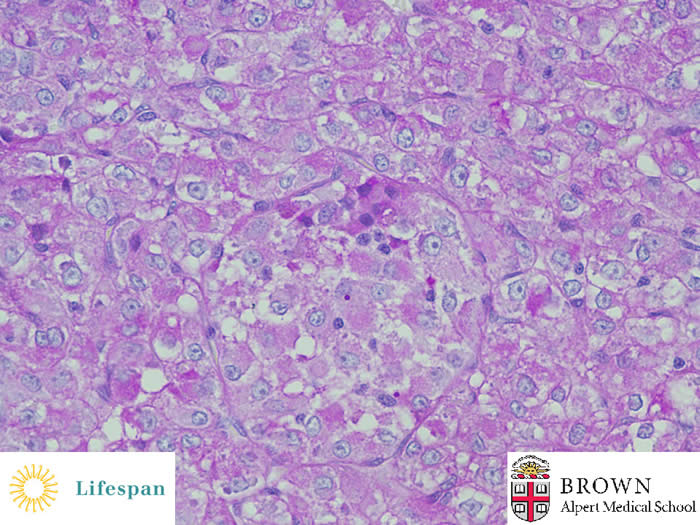 Occasional PAS positive granules were identified but were negative for PAS-D. 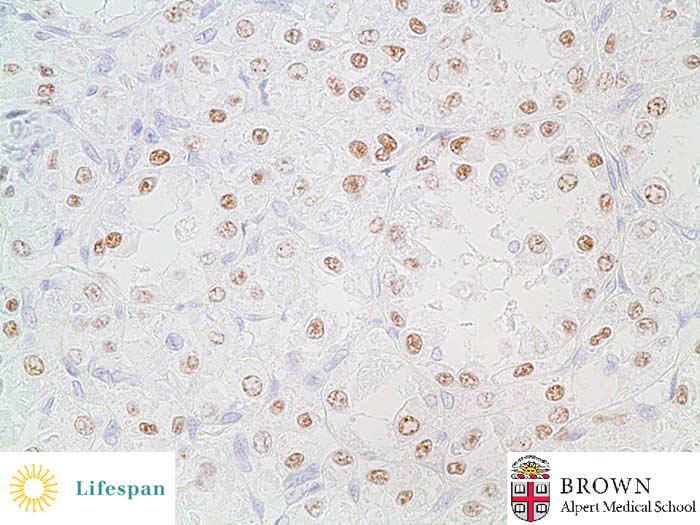 The lesion was positive for Translocation Factor E3 (TFE3).

Of note, the usual site of these tumors in children is the head and neck, especially the orbit and the tongue. In adults, they are usually seen in the extremities, especially the deep soft tissues of the thigh.