The Ancient History program is currently paused and not accepting applications as it undergoes restructuring.  Applicants interested in studying Ancient History with a strong language focus in Ancient Greek and Latin are encouraged to apply to Classics, which houses several distinguished ancient historians.  The requirements for that program can be found on the Classics PhD program page. 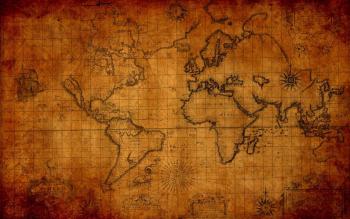 The Ph.D. program in Ancient History at Brown is an interdisciplinary program established jointly by the departments of Classics and History to train ancient historians to meet the needs and goals outlined in the following paragraphs. “Ancient history” comprises primarily classical Greek and Roman history, including the history of late antiquity. It stopped admitting students in 2021.

Students will select courses that develop areas of interest that suit their specific needs. Apart from courses in the ancient languages and histories, students will take the graduate colloquium on historical methodologies in the Department of History (typically in semester three), and, in the Department of Classics, the proseminar on methodologies and ancillary disciplines (typically semester one). Students in the program are expected to demonstrate, through successful completion of an appropriate course or a written exam, competence in (a) one ancillary field (normally one of the following: epigraphy, archeology, numismatics, papyrology, or art history) and (b) two literature/author Classics courses (including one poetry or literature survey course).

Students are expected to take the preliminary exam by the end of the sixth semester.   This exam will consist of a three-hour oral examination in two major fields:  Greek history (from the archaic to the end of the Hellenistic period) and Roman history (from the beginning to Justinian).  There will be one examiner in each field and one presider; the other members of the Ancient History faculty are invited to attend.

After passing the preliminary exam, students will choose a dissertation topic in ancient history. The dissertation committee will consist of three faculty who are best able to advise the student on the chosen topic; at least two of these must be among the program’s contributing faculty. No later than three months after passing the Preliminary Exam, students will submit a written dissertation prospectus, a substantial essay setting forth the problematique, a plan of research, and bibliography. This will be assessed by two Faculty members.

Students who have graduated from the program have found employment in both academic and non-academic positions: