History of the Meiklejohn Program 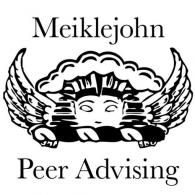 The Meiklejohn Program traces its roots back to 1904, when a group of Brown juniors and seniors gathered in the Ann Eliza Club room to discuss important issues of the day. Based on their location, the group created a terrible pun as their own name—the Analyzer Club. The group was quickly renamed the Sphinx, after the famous legend of the riddle of the sphinx, who posed difficult-to-answer questions to anyone who dared come near.

Over the years, the Sphinx's purpose slowly evolved to promote greater contact between faculty and students, a goal still at the heart of today's Meiklejohn Program. It wasn’t until 1952 that students founded a group with the express purpose of providing advising for incoming first years. Much less painfully named than the Analyzer Club, this group called themselves the Student Advisors and sought to help students adjust to Brown’s campus culture and to figure out which classes they needed to take to graduate.

Throughout the ‘50s, the Student Advisors and the Sphinx Club lived in happy parallel communities at Brown, with the Sphinx Club continuing to promote greater contact between faculty and students and the Student Advisors advising students (completely independently of Brown's faculty advising system). This support largely focused on the first few weeks of the school year, and the relationship between advisor and student did not carry on much beyond those weeks.

By the mid-1960s, both the Student Advisors and Sphinx Club were losing steam. The same atmosphere of revolution that created the New Curriculum generated a new honor society—The Meiklejohn Society. Dedicated explicitly to helping students adjust to life at Brown academically as well as socially, the Meiklejohn Society was named after illustrious Brown alumnus Alexander Meiklejohn. A free speech activist and experimental educator, Meiklejohn was the second Dean of the College at Brown, and naming an experimental program after him was a fitting tribute to his legacy at Brown.

From Society to Program

By the 1970s, the Sphinx Club had fallen apart, while the Meiklejohn Society continued to work with first-years. Near the end of the decade, Brown tried something new: What if faculty advisors could work with student advisors, rather than completely separately from them? Experimentally termed Team Advisors, the program was so successful that, in 1983, it replaced the Meiklejohn Society—and became the Meiklejohn Peer Advising Program.

At the same time, the organizers wanted to emphasize the collaborative aspect of the program: Professors and students needed to be partners in the advising system, not competing entities. Accordingly, the Sphinx Club was reincarnated as a component of the Meiklejohn Program to bring students and faculty closer together. Although the Sphinx Club no longer exists, its mission of promoting student and faculty collaboration in advising remains at the heart of the Meiklejohn Program.

Today, every first-year student and over 350 Meikeljohn advisors participate in the Meiklejohn Program, making it the largest student group on campus.