Brown’s Program in Early Cultures brings together all those at Brown who are interested in the cultures, religions, and histories of ancient civilizations.  The Program provides support for a wide array of courses, events, lectures, conferences, and study groups. Chronologically, the Program defines “ancient” as roughly “pre-medieval” or simply “early”.  Geographically, the “ancient world” represented at Brown is global: comprising early China, central Asia, India, Persia, West Asia (Mesopotamia, Iran, Anatolia, and Israel), Egypt, the Mediterranean (especially Greece and Italy), the early Islamic and Byzantine worlds, as well as the Pre-Columbian Mesoamerican and South American civilizations. 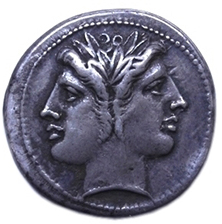 The faculty involved in Early Cultures number more than forty, and the academic units involved include the departments of Anthropology, Classics, Comparative Literature, Egyptology and Assyriology, History, History of Art and Architecture, Philosophy, and Religious Studies, the Program in Judaic Studies, and the Joukowsky Institute for Archaeology and the Ancient World.

Graduate students in the relevant units number more than sixty. Connections with late antique and early medieval civilizations (in the Latin West, Greek or Byzantine East, and the Early Islamic World), explored by the Program in Medieval Studies, offer further opportunities for collaboration.

The Program supports an array of activities and collaborations, including the long-standing monthly workshop “Cultures and Religions of the Ancient Mediterranean” (CRAM), that invites discussion of a pre-circulated paper on a work in progress by a Brown colleague or an occasional visitor. CRAM has been crucial for increasing familiarity with other faculty’s research interests and for fostering collaborative work across academic units. CRAM is presently managed by faculty and staff of the Religious Studies Department.

The Program encourages all interested faculty (individually or collaboratively) to design courses, conferences, seminars, study groups, workshops, or other programming with a comparative component. Examples have focused on war and society; slavery, death and ritual; women and religion; and scientific and mythical thought:  topics which welcome consideration of a variety of ancient civilizations. Internal and external funding has also enabled the Program to offer annual lecture series that pursue an important topic through several ancient civilizations and thus encourage cross-cultural comparison. Graduate students are encouraged to apply for support for workshops, special events, and for top-up summer funding.