The Gift in Antiquity 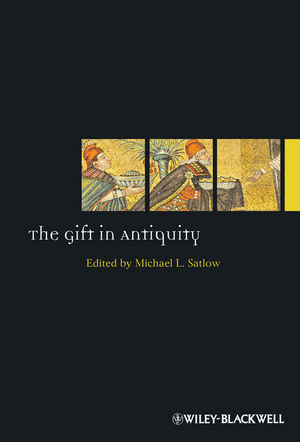 “The Gift in Antiquity” was an international conference, organized by Michael Satlow, that took place at Brown University on May 2-4, 2010.

The focus of the conference was on the Mediterranean region in antiquity, although both the region and precise dates under consideration are being left a little fuzzy. This investigation has both synchronic and diachronic aspects, recognizing on the one hand that the cultural activity of gift-giving was fluid while, on the other, remaining sensitive to historical continuities. Ancient communities received and transformed earlier texts, traditions, and institutions, and surely a rich understanding of these transformations requires consideration of what came earlier.

The conference was generously funded by the Program in Ancient Studies (now the Program in Early Cultures) and was co-sponsored by the Departments of Religious Studies and Classics, the Joukowsky Institute for Archaeology in the Ancient World, the Herbert Goldberger Lectureship Fund, and the Program in Judaic Studies.

The Gift in Antiquity, which collects the proceedings of the conference in a volume edited by Michael L. Satlow, includes original essays that apply French sociologist Marcel Mauss’s notion of gift-giving to the study of antiquity and is available from Wiley-Blackwell.