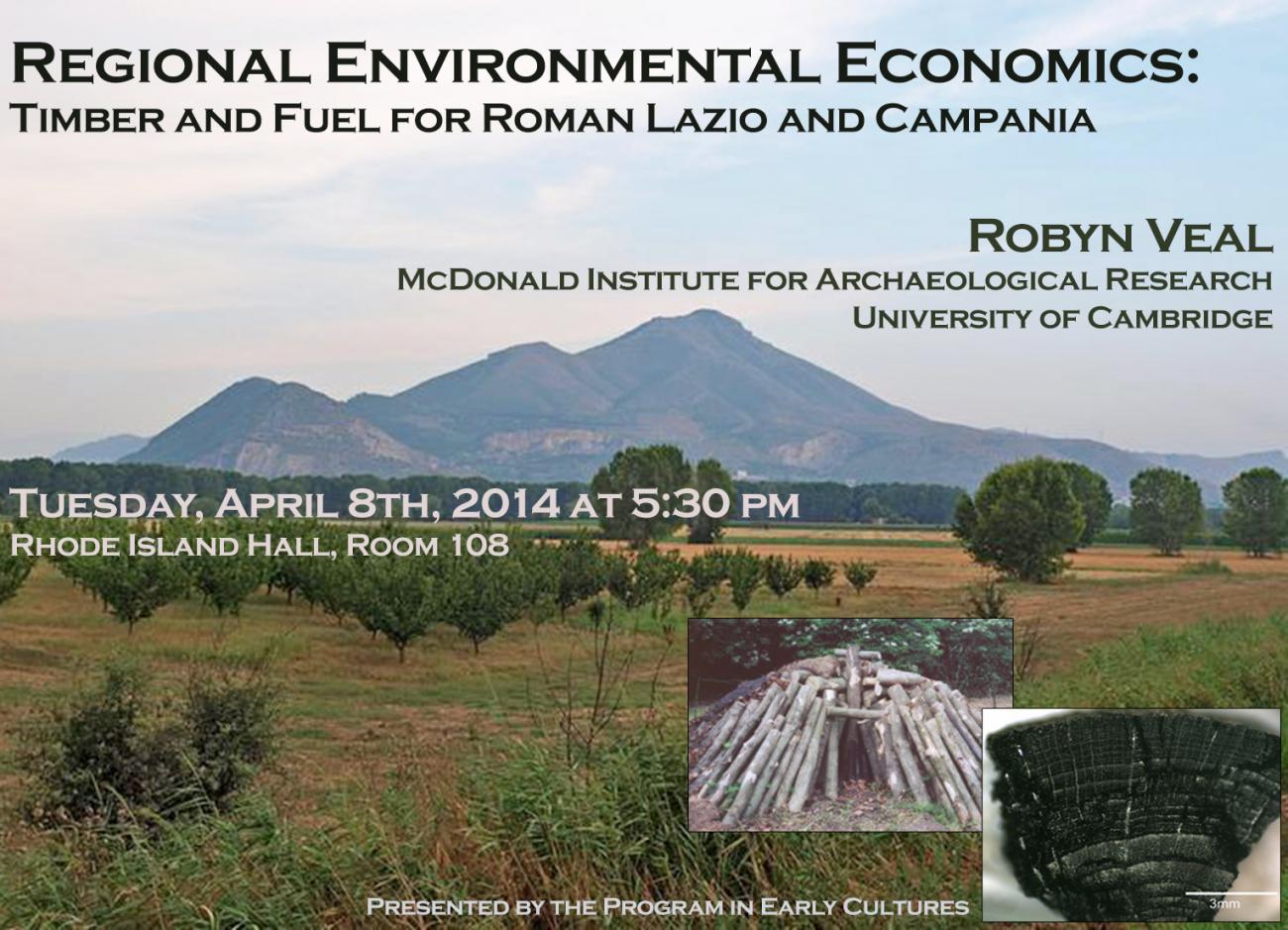 Fuel is a little considered part of the ancient economy, and yet it was required every day to cook food, heat buildings and baths, process metals, and make ceramics, to name the most common uses. It constituted perhaps 20%, or more, of the value of the economy. The provision of fuel is both complementary to, and in competition with, the provision of timber. Both wood and ‘non-wood fuels’ were used in Roman Italy, and the historic sources on both wood and fuel provide an interesting framework with which to compare the archaeological data. Using charcoal data from several sites in Rome, and Pompeii and surrounds, this paper will examine the fuel economy quantitatively and qualitatively, from the third century BC to the Imperial period.

Robyn Veal's main interests lie in environmental history and economics. Related areas of research include landscape archaeology, climate and topography, and ancient science and technology. She graduated in science, business and arts, before completing her doctorate in archaeology at Sydney on the fuel economy of Pompeii. She held the Ralegh Radford Rome fellowship at the British School at Rome (2011-12) and is currently the McDonald Institute for Archaeological Research Anniversary Fellow (2012-2015), at the University of Cambridge. Her current major project is entitled 'Forest exploitation and sustainability in province and empire.' It will compare the fuel consumption of Rome and central Italy with that of Londinium and southern Romano-Britain in the Imperial period. She is also an honorary research affiliate at the Department of Archaeology, University of Sydney and she works with a number of international excavation teams, mostly in Italy (but also in SE Asia and the UK) as an environmental archaeologist and historian.