US Epigraphy Project at Brown

The goal of the U.S. Epigraphy Project (USEP) is to collect and share information 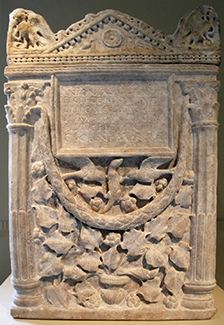 Founded at Rutgers University in 1995, USEP moved to Brown University in 2003, where its digital resources have been developed and expanded in cooperation with Brown's Center for Digital Scholarship. Professor John Bodel, former Co-Director of the Program in Early Cultures and current Steering Committee member, founded the Project and has served as its Director since 1995.