Please see this obituary in the Providence Journal for more information: https://www.providencejournal.com/obituaries/ppvp0182840

We are saddened by the passing of professor emeritus José (Pepe) Amor y Vázquez on February 4 at the age of 96. Professor Amor y Vázquez was born in the Galician town of Ribadeo in Spain and emigrated with his family to Cuba where he studied diplomacy, political science, and law at the University of Havana. In 1951 he joined the Department of Hispanic Studies at Brown as instructor and doctoral student, earning his PhD in 1957. He was a beloved member of the Hispanic Studies faculty from that year until his retirement in 1991. Professor Amor y Vázquez’s experience of transatlantic migration informed his scholarship which bridged the study of Spanish peninsular, Caribbean, and Latin American literatures. In addition to his contributions to the Department of Hispanic Studies, he was a decades-long supporter of the John Carter Brown Library where he was known for sharing his insights, wit, and deep wisdom with generations of fellows and staff members over the course of many years. In 2004, he established The José Amor y Vázquez Endowment Fund at the JCB. He was also one of the founders of Brown’s Center for Latin American Studies.
Professor Amor y Vázquez’s contributions to Hispanism were recognized by many honors. These include membership in the Order of Isabel the Catholic and the North American Academy of the Spanish Language. He was also honorary professor of the International Association of Valleinclanistas.
He was preceded in death by his wife Susan Elizabeth Geary (Pembroke ’67, Brown PhD ’76).  His closest survivors are his first cousins Felisa (New York /Melbourne), Dolores (Cambridge, Mass), Suso (Montreal) y Juan Vázquez Abad (Madrid).
The Department of Hispanic Studies will be joining with the John Carter Brown Library to hold a celebration of his life this fall. 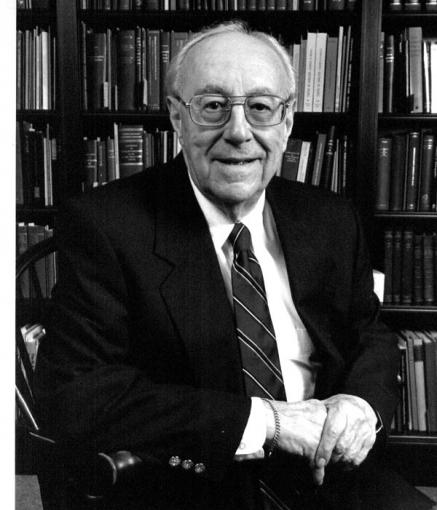