A Wonderful Place to Live 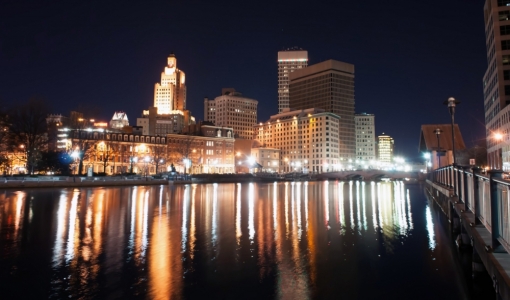 Providence, the state capital of Rhode Island and New England's second largest city, is the hub of business, cultural and recreational activities. In 2014, Travel + Leisure named Providence, “America’s Favorite City,” and in 2015 GQ named Providence the, “Coolest City in the Country.” The New York Times has called Providence "the best kept secret in New England" - and for good reason: It is endowed with historical and architectural points of interest, and is rich in culture influences.

There is plenty to do in Providence, which boasts big city amenities with a small town feel.  The city is considered a “foodie’s” paradise with plenty of amazing restaurants to try.  Live college sporting and professional events are just a short drive away – Providence College Basketball, Providence Bruins Hockey and the New England Patriots Football. Finally, for the patrons of the arts, many performing artists at the Trinity Repertory Company, Providence Performing Arts Center, the Vets, among many others.

Providence is also a great place to raise a family. Providence was named by Destination Tips as the “Best City to Raise Kids in America.” There are safe neighborhoods, excellent school systems, and many family-friendly activities at the Children’s Museum, RISD Museum, the Roger Williams Park Zoo, and the Providence Rink.

The state of Rhode Island has over 400 miles of scenic Atlantic coastline and some of the most beautiful beaches (Newport, Narragansett, Jamestown, to name a few) and best sailing waters in the world. In addition, it is ideally located for travel throughout New England including Cape Cod, Martha's Vineyard, Nantucket, Boston, the ski country of Vermont and New Hampshire, and the coast of Maine. Fenway Park, Sullivan Stadium and the Boston Garden are no more than an hour away. In fact, Providence is no more than a seven-hour drive to any point from Montreal to Washington, D.C.

Interstate highways I-95 and I-195 run through Providence and serve as the prime connector arteries for the state. The newly renovated T.F. Green airport is only 12 miles away and provides excellent routes to many major cities. An Amtrak train station is located in downtown Providence and connects Providence with all of the major cities throughout New England.