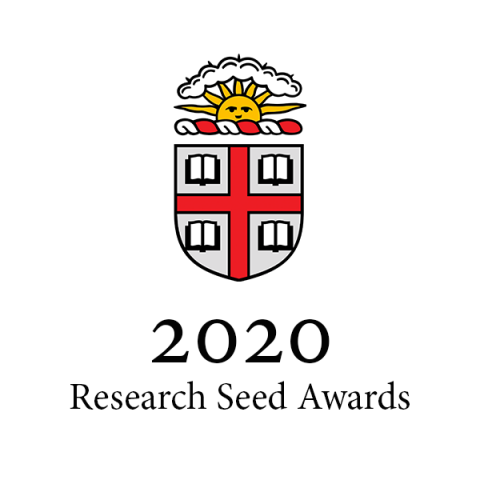 A new direction in building quantum computers: 2D material "lego"
Reducing a material to the atomic 2-dimensional limit has been shown to have profound effects on its properties. Since the successful exfoliation of graphene from bulk graphite [4], a large family of layered van der Waals materials have been thinned down to a single atomic layer, forming a new material platform covering a wide range of physical properties. The van der Waals assembly technique allows any 2D material to be re-assembled into a designer structure, which has recently led to a flurry of discoveries establishing 2D material heterostructure as a new paradigm for discovering novel quantum phenomena and advancing our understanding of quantum science. Here, we propose a new direction to study an entangled quantum phenomenon called Majorana mode, which is at the heart of topological quantum computation. The PIs plan to develop the capability of thermal transport measurement on materials that are one-atomic layer thin. Measurements of quantized thermal conductance in these materials will offer direct and unambiguous identification of Majorana modes. This effort will build on the established expertise of the PI and co-PI. Prof. Li has developed the necessary techniques of working with 2D materials and performing quantum transport measurements, Prof. Plumb is a leading expert in bulk material growth and neutron scattering, and Prof. Feldman has done pioneering research on Majorana modes in the 2D limit. The proposed effort will establish Brown University as a center for studying and engineering future 2D magnetic material and nano-scale quantum technology.
PI: Jia (Leo) Li, Assistant Professor of Physics
Co-PIs: Kemp Plumb, Assistant Professor of Physics; Dmitri Feldman, Professor of Physics
Funded: $45,000

Search for Topological Waves in Magnetized Gaseous Plasmas
Funds are requested to purchase electronic equipment and cover travel expenses to UCLA's Basic Plasma Science Facility (BaPSF) to make a first observation of a plasma wave of topological origin using the Large Plasma Device (LAPD).  The search was inspired by my 2017 Science paper ""Topological Origin of Geophysical Waves"" that reported the surprising discovery that Kelvin and Yanai waves have a topological origin analogous to edge modes in the quantum Hall effect.  My collaborators and I have now theoretically predicted, and simulated, other waves of topological origin in a magnetized plasma. We used a realistic model of the LAPD plasma, and the Director of BaPSF (Troy Carter) has granted us time on the LAPD to conduct experiments provided that we can supply the necessary microwave amplifier to drive the waves.  If the existence of the waves is confirmed by experiment, it would represent a breakthrough in plasma physics likely leading to both publication in prestigious journals and external funding.
PI: Brad Marston, Professor of Physics
Funded: $20,000

Confronting the Data Deluge using Quantum Machine Learning
One common application of data science across scientific domains is extracting signals from increasingly large data sets. Recent advances in deep learning and artificial intelligence have become a practical necessity for such applications. Given the size of the datasets and the ever growing needs for CPUs for effective training of deep learning algorithms, quantum computing is an attractive solution. Even though there are remaining challenges to make quantum computing devices widely usable, it is important to understand and explore what this new technology and applications of quantum computing algorithms could bring to our fields. We propose to use quantum simulators to perform sensitivity studies for extracting rare signals of new physics in the environment proposed for future particle colliders and free electron lasers. The proposed interdisciplinary work has important implications beyond the disciplines involved as it will develop the technology of quantum machine learning. As quantum computers become available they will allow us to meet computational challenges in many fields and solve scientific questions that are out of reach with current technologies. This seed project will complement and strengthen the core group of faculty members in Physics and Chemistry who explore quantum information science.
PI: Meenakshi Narain, Professor of Physics
Co-PIs: Brenda Rubenstein, Assistant Professor of Chemistry; Peter Weber, Professor of Chemistry
Funded: $79,000

Cosmic History from Mapping the Universe with Neutral Hydrogen
Measuring the intensity of 21 cm emission from neutral hydrogen gas is a novel technique that enables mapping large volumes of the universe in three dimensions.  The Tianlai Pathfinder has been carrying out a North Celestial Cap Survey (NCCS). The Tianlai Pathfinder is unique among 21 cm instruments in being able to point and integrate continuously on a limited patch of sky for extended periods.  With seed funding Brown could contribute to analyzing this rich data set and produce initial results which will strengthen subsequent proposals. One of the ultimate goals of this research is to measure baryon acoustic oscillations over cosmic time to help understand dark energy, which is currently not understood.  This research will also, for example, shed light on the mysterious fast radio bursts (FRBs), detect radio counterparts of gravitational events from sources such as merging neutron stars and lead to a better understanding of galaxy formation. The Tianlai Pathfinder will demonstrate the feasibility of using wide field of view radio interferometers to map the density of neutral hydrogen in the universe after the Epoch of Reionization (EoR).  Such radio interferometers are relatively new, and the necessary techniques are still being developed. The Tianlai Pathfinder is also unique in that it consists of two co-located interferometers utilizing different types of antennae (cylinders and dishes), which provides an important opportunity to compare the ultimate performance of these two types of telescopes as the next generation of more sensitive instruments is planned.
PI: Gregory Tucker, Professor of Physics
Funded: $44,000