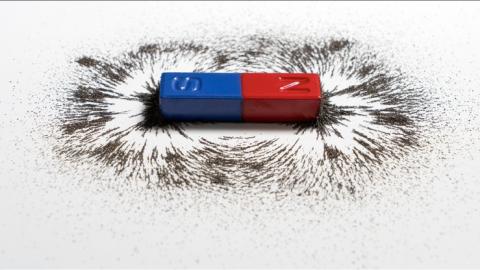 The new magnetic sensor is inexpensive to make, works on minimal power and is 20 times more sensitive than many traditional sensors.

A team of Brown University physicists has developed a new type of compact, ultra-sensitive magnetometer. The new device could be useful in a variety of applications involving weak magnetic fields, the researchers say.

“Nearly everything around us generates a magnetic field — from our electronic devices to our beating hearts — and we can use those fields to gain information about all these systems,” said Gang Xiao, chair of the Brown Department of Physics and senior author of a paper describing the new device. “We have uncovered a class of sensors that are ultra-sensitive, but are also small, inexpensive to make and don’t use much power. We think there could be many potential applications for these new sensors.”

The new device is detailed in a paper published in Applied Physics Letters. Brown graduate student Yiou Zhang and postdoctoral researcher Kang Wang were the lead authors of the research.

A traditional way of sensing magnetic fields is through what’s known as the Hall effect. When a conducting material carrying current comes into contact with a magnetic field, the electrons in that current are deflected in a direction perpendicular to their flow. That creates a small perpendicular voltage, which can be used by Hall sensors to detect the presence of magnetic fields.

The new device makes use of a cousin to the Hall effect — known as the anomalous Hall effect (AHE) — which arises in ferromagnetic materials. While the Hall effect arises due to the charge of electrons, the AHE arises from electron spin, the tiny magnetic moment of each electron. The effect causes electrons with different spins to disperse in different directions, which gives rise to a small but detectable voltage.

The new device uses an ultra-thin ferromagnetic film made of cobalt, iron and boron atoms. The spins of the electrons prefer to be aligned in the plane of the film, a property called in-plane anisotropy. After the film is treated in a high-temperature furnace and under a strong magnetic field, the spins of the electrons develop a tendency to be oriented perpendicular to the film with what’s known as perpendicular anisotropy. When these two anisotropies have equal strength, electron spins can easily reorient themselves if the material comes into contact with an external magnetic field. That reorientation of electron spins is detectable through AHE voltage.

It doesn’t take a strong magnetic field to flip the spins in the film, which makes the device quite sensitive. In fact, it’s up to 20 times more sensitive than traditional Hall effect sensors, the researchers say.

Key to making the device work is the thickness of the cobalt-iron-boron film. A film that’s too thick requires stronger magnetic fields to reorient electron spins, which decreases sensitivity. If the film is too thin, electron spins could reorient on their own, which would cause the sensor to fail. The researchers found that the sweet spot for thickness was 0.9 nanometers, a thickness of about four or five atoms.

The researchers believe the device could have widespread applications. One example that could be helpful to medical doctors is in magnetic immunoassay, a technique that uses magnetism to look for pathogens in fluid samples.

“Because the device is very small, we can put thousands or even millions of sensors on one chip,” Zhang said. “That chip could test for many different things at one time in a single sample. That would make testing easier and less expensive.”

Another application could be as part of an ongoing project in Xiao’s lab supported by the National Science Foundation. Xiao and his colleagues are developing a magnetic camera that can make high-definition images of magnetic fields produced by quantum materials. Such a detailed magnetic profile would help researchers better understand the properties of these materials.

“Just like a regular camera, we want our magnetic camera to have as many pixels as possible,” Xiao said. “Each magnetic pixel in our camera is an individual magnetic sensor. The sensors need to be small and they can’t consume too much power, so this new sensor could be useful in our camera.”

The research was supported by the National Science Foundation (OMA-1936221).