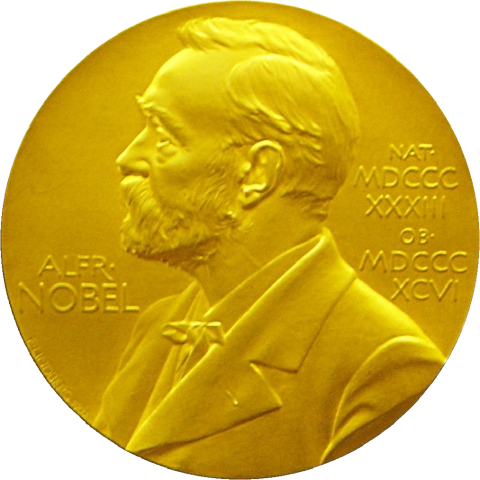 For the first time, the Royal Swedish Academy of Sciences has awarded a Nobel Prize for Physics to scientists working on the problem of climate change. On October 5, 2021, the Academy awarded half the prize to Princeton climatologist Syukuro Manabe and Klaus Hasselmann at the Max Planck Institute for Meteorology “for the physical modelling of Earth’s climate, quantifying variability and reliably predicting global warming.” The other half of the prize was awarded to Giorgio Parisi, a physicist at Sapienza University of Rome “for the discovery of the interplay of disorder and fluctuations in physical systems from atomic to planetary scales,” work that has also been important in understanding the complex system that is the Earth’s climate.

Ford Foundation Professor of Physics and APS President S. James Gates Jr. praised the work of all three scientists, “this is the work of physics done on a grand scale for all of humanity.” He added, “this prize in physics reflects the deep connections of our field to delving into mysteries that shroud the laws that determine the environment of our home...planet Earth. The citation of the award clearly shows our discipline's efforts to establish deep scientific knowledge behind such challenges as global climate change, pollution, and similar processes in complex systems. For with such knowledge, science and physics once more can be shown to be the ‘survival instinct’ of our species.”

Brown Professor of Physics Brad Marston applauded the Nobel committee’s “recognition that physics is part of climate science,” and finds the recognition long overdue. “People have understood a lot of the important physics behind this for some time. Manabe’s work on climate began in the 1960s.” Marston credits Hasselmann for being “really instrumental in giving us a concrete understanding of the climate of the Earth and how it might change with added carbon dioxide. It was important for understanding how rapidly climate could change and how to distinguish climate change from weather fluctuations.”

Gates called Manabe’s work “beach-head research” noting it was done “quite some time ago and at the time there wasn’t a lot of attention paid to it.” While it has taken a long time for Manabe’s work to earn the recognition it deserves, it has proven prescient. In 1967 he developed a climate model that predicted that doubling the carbon dioxide in the Earth’s atmosphere would lead to an average temperature increase of 2.3 degrees Celsius, a calculation that remains in line with the results of the latest modeling. Gates credits Manabe with starting “the serious work in physics of figuring out how complex systems like the climate work.” Gates also notes that Parisi has addressed a large number of complex systems including “the flocking of birds and fish” over a long period of time, “the unifying theme of his work is that he takes complex systems and looks for simple equations that can describe them.”

The ability to simplify complex systems characterizes the work of all three physicists, and according to Marston it has helped us create, “a simplified model of climate that allows us to highlight certain processes that are important.” Marston notes that Hasselmann’s work helps us understand the “chaotic fluctuations of our climate system over different time scales.” And while he did not study climate specifically, Marston credits Parisi’s vast body of work on statistical mechanics with helping to find “an underlying simplicity in the description of complicated systems that leaves out a lot of things, but gets at certain essential parts of complicated systems.” He says all three physicists' work is distinguished by their “thinking about complicated systems and trying to get at the essential physics behind those systems.”

Marston says it’s important to understand that climate is “both complicated and simple.” He notes, “there are relatively simple aspects of it, and even one-hundred years ago we had a basic understanding of climate thanks to the pioneering work of Fourier and others.” He notes that there are aspects of the climate system that are complex, “and there are details we’d really like to know, like if rainfall is going to increase in Rhode Island. But those kinds of questions are much harder to answer than, say, is the average temperature of the earth going up, which is relatively simple physics.”

Associate Professor of Physics Derek Stein also praised the Nobel committee for recognizing “seminal work on complex systems, in particular the Earth’s atmosphere and oceans. Temperature, wind and precipitation fluctuate so much on the smallest scales that it can seem hopelessly complicated to predict their future behavior – and it remains difficult to predict the weather.” But while physics may struggle to tell us if we should reach for our umbrellas on the way out the door in the morning, it does a much better job modeling long-term climate trends. Stein notes “this year’s Laureates showed how the constraints physics imposes and statistical methods of analysis enable us to understand important long-term and large-scale trends, which is what we mean when we talk about the Earth’s climate.” Stein also noted how the work of this years’ prize winners can be applied to both the biggest and smallest systems in physics. “These are big ideas with broad applications. To illustrate, 40 years ago Parisi explained the Earth’s periodic ice ages with a phenomenon called ‘stochastic resonance’ which applies equally well to the behavior of single DNA molecules in certain nanofluidic devices in my own laboratory at Brown.”

For his part, Marston hopes this prize will spur further research on climate within the discipline of physics, “I’ve long tried to encourage physics students to think about working on the climate system, which is something that I’ve been interested in for a long time. There are powerful aspects to [physics] that can help with better understanding the climate system.” Marston notes that while it is common for there to be a few people in any given physics department working on climate change he “would like to see physics departments make this more of a mainstream field, and maybe this Nobel Prize will help with that task. Certainly, as the climate changes, more and more people are going to be thinking about it. Right now the pandemic has been preoccupying us, but if you could look ahead, in twenty years climate change will very much be at the forefront, and unfortunately, there’s not going to be a shot that can make climate change go away.”