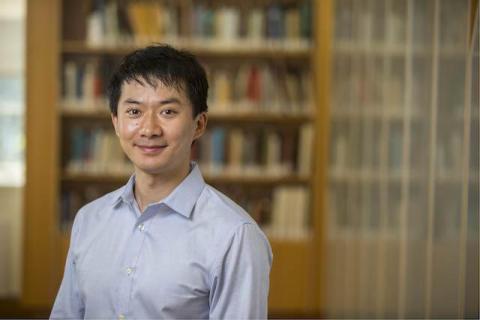 Brown University Assistant Professor of Physics Jia (Leo) Li has been awarded a National Science Foundation (NSF) Faculty Early Career Development (CAREER) Award for his study of two-dimensional (2D) materials. The CAREER Program is NSF’s most prestigious award in support of early-career faculty judged to have the potential to serve as academic role models in research and education.

In his laboratory at Brown, Li layers materials consisting of a single layer of atoms into “designer structures that realize new material properties and novel quantum phases of material.” Studying these structures and their properties has already transformed our approach to studying quantum materials and quantum phenomena in 2D systems, and Li has recently published his research in such high-impact, prestigious journals as  Nature, Science, Nature Physics, and Physical Review Letters.

The NSF award will support Li’s research into 2D materials for five years. Also included is funding for Li to collaborate with Brown’s Sci-Toons team to create animated videos that will illustrate the scientific principles underlying Li’s work to make them more accessible to the general public. Li hopes that the animations will increase the impact of his work and attract more people to the study of physics.

SciToons and Li have already released one video, and it compares constructing 2D material structures to playing with Lego building blocks. The video shows how scientists can assemble different 2D materials in layers like Legos. These 2D materials link through weak electrostatic forces known as van der Waals forces, and by layering them like Legos, scientists can observe previously unknown quantum phenomena.

The main focus of the proposed work is to study the origin of superconductivity in graphene moiré systems. Li sees this work as following in the footsteps of Brown University Professor Emeritus Leon N Cooper’s pioneering work on the BCS theory of superconductivity. Li says, “That was highly impactful work, and it’s the foundation of everything we do right now, but the focus of this proposal is to study the superconducting phase in a new type of material, magic-angle twisted graphene.” He adds, “This type of superconductor could belong to the unconventional class, which is different from the systems described by BCS theory.”

Li says that studying the origin of superconductivity in graphene moiré systems could provide insights for designing better superconductors as well as guidance in our search for a room temperature superconductor. One of the experimental tools he proposes is Coulomb screening measurement, which utilizes a unique 2D material heterostructure to directly control Coulomb interaction strength in graphene moiré systems. Li’s independent research group developed this tool at Brown, and a few recent publications have demonstrated this experimental tool’s exciting potential.

Li is also quick to point out that while his research is fundamental in nature, it could significantly impact our daily lives. “Some of our research results are generating intellectual properties in the form of patents, thanks to their potential of enabling technological transformations down the road.” These real-world applications will most likely occur in computational and sensing technologies.  When that happens, Li believes that his work could have a substantial impact beyond fundamental research.