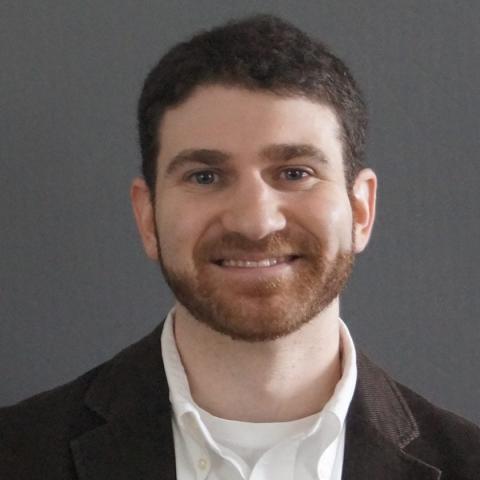 The secrets of the cosmic dark ages that followed the Big Bang may be found on the far side of the moon — and Assistant Professor of Physics Jonathan Pober is working to help NASA unlock them.

NASA awarded Pober the prestigious Nancy Grace Roman Technology Fellowship in Astrophysics, which will support Pober in advancing the ambitious NASA-funded project to design a giant radio telescope array on the far side of the moon.

Pober is among only six early-career researchers nationwide to receive the 2021 Roman Technology Fellowship, which aims to help young researchers develop innovative technologies that have the potential to enable major scientific breakthroughs in the future.

“(We’re) focused upon investigating in exquisite detail the unexplored cosmic dark ages,” Pober said, “looking way back in cosmic history to a time when the universe was one hundredth its current size and there were no galaxies, no stars, no planets … and identifying the conditions and processes under which the first stars, galaxies and accreting black holes formed.”

Pober will utilize the $350,000 grant over three years — and he will be eligible for another three-year grant of up to $500,000. The funding will help advance the concept of the radio telescope, simulating and designing an array of thousands of radio telescopes on the far side of the moon, shielded from the radio noise produced on earth.

While there is no formal NASA mission, the federal agency has committed to exploring the novel antenna array, referred to as “FarView” — and previously called the “Cosmic Dawn Mapper.”

“A lunar radio array … could give extraordinarily precise measurements of the early structure of the universe because the sea of neutral hydrogen from which protogalaxies formed can be directly imaged using radio waves,” reads the “NASA Astrophysics in the Next Three Decades” report.

“It’s an ambitious project,” Pober said. “This grant is just for simulation and design of a future experiment that could be on the far side of the moon.”

The ultra-long-wavelength radio telescope will need to be gigantic in order to be sensitive to long radio wavelengths. The siting on the far side of the moon would have additional advantages over earth-based telescopes by blocking noise from earth-orbiting satellites, the ionosphere, and the sun’s noise during the solar night.

“The earth will be obscured; the moon will block radio and television signals,” Pober noted. “If you can get an experiment there, it’s a fantastic place to do ultra-low frequency or ultra-long wavelength radio astronomy.”

“The wavelengths stretched along with the universe as they’ve traveled to us,” Pober said, “so now we’re talking about a 20-meter wavelength that absolutely can’t make it through the earth’s atmosphere.”

Any light from this period cannot reach the earth, so the only way for humans to peer back into this period is using radio telescopes. Cosmologists currently know very little about this period, but it could hold the answers to some of science’s biggest mysteries.

“This radio telescope will be the first of its kind at this scale and sensitivity and will open a new window (low-frequency radio) into the early universe,” NASA stated in a 2021 article on the project, “analogous to the detection of gravitational waves by LIGO (Laser Interferometer Gravitational-Wave Observatory) and the details of the CMB (cosmic microwave background) by Planck.”

Pober does not have any immediate plans to visit the far side of the moon. If everything goes perfectly, the project could be completed in 30 years at the earliest, he said. The project’s timescale is long, but the grant will allow Pober to make important contributions to advancing the array’s design.

The project will also tackle the logistical challenges involved in building a large array in a difficult-to-reach location.

“The first couple of radio antennas will be landing on the moon in the next couple of years as pathfinders,” Pober noted. “Those are just to show that radio astronomy can be done from the moon, but to actually do the science we want, we’ll need to have hundreds of thousands of radio antennas on the far side of the moon.

“You have to change the antenna design to make them deployable,” Pober added, “because people aren’t going to go to the far side of the moon to set them up. The deployment will need to be automated, so a lot of this grant will involve figuring out how that will work.”