The lectures will run on the hour for 30-40 minute durations.
All talks will be held in the RISD Auditorium: 7 Canal Walk, Providence RI
For priority seating, please reserve a seat, free of charge, via Eventbrite at the link [will be added shortly] 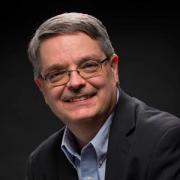 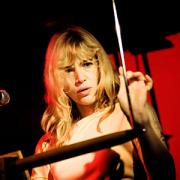 You might have come across the strange ghostly sounds – reverberations that might be described as pure science fictionesque. These provocative sounds are drawn from an instrument called the theremin, developed in 1920 by the Russian physicist Lev Termen. Famously, it is one of the only instruments that is played without physically touching it and is considered to be the world’s first mass-produced electronic instrument. What prompted Lev Termen to turn the principle of his invented surveillance system into a revolutionary musical instrument? How does a Theremin work? Come and hear the cautionary tale of a physicist turned electronic music pioneer, whose inventions became steeped in politics and whose life story reads like a spy novel. 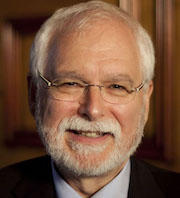 The brain is the most complicated structure in the universe. Through our senses, our brain receives a view of the outside world, stores it, changes it, creates moods, feelings and behaviors- a mysterious kind of computing with a mysterious code ‘spoken’ by millions of brain cells. Brain cells called neurons speak to each other through a giant, messy network of connections that is the hardware able to turn your thoughts into actions. When the brain is altered by disease or injury the results can be devastating: paralysis, blindness, depression, epilepsy. But now it is becoming possible to use technology to fix the broken brain. At Brown University researchers have developed BrainGate, a “brain computer interface” (BCI) that uses brain sensors and electronics to reconnect the brain to machines for people how are paralyzed, allowing them once again to communicate through a brain-controlled computer or even to move their own body again through electronic links commanded only by thinking. I’ll show videos of what people with paralysis can do now using BrainGate, how the connection between the mind and machines could develop in the future, and how BCIs might challenge our view of the boundaries between humans and intelligent machines.  ​ Professor Donoghue is a neuroscientist best known for having developed an innovative brain-computer interface to restore movement for people with paralysis. He founded the Brown Institute of Brain Science, Brown University. He also holds an adjunct professorship at the École Polytechnique Fédérale de Lausanne (EPFL) and is a visiting professor at the University of Geneva in Switzerland. Professor Donoghue was also a co-founder of an early neurotechnology startup company, Cyberkinetics. 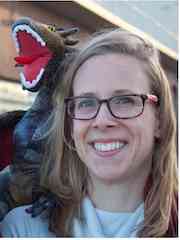 Game of Thrones is a fantasy that features a lot of made-up science―fabricated climatology (when is winter coming?), astronomy, metallurgy, chemistry, and biology. Most fans of George R. R. Martin's fantastical world accept it all as part of the magic, but there is a lot of great, real life, science to be found. Could seasons really be wonky? Is dragon fire hot enough to melt stone, or better yet, an Iron Throne? Is it possible to build a wall out of ice? This talk will tackle all these questions and a few more. Come and learn about some dragon fire, ice walls, and physics. Fair warning, spoilers are coming! ​Rebecca C. Thompson, PhD, is a physicist and author of the popular Spectra series of comic books about physics. She is Head of the Office of Education and Public Outreach at Fermilab, the particle physics research facility near Chicago. She served as Director of Public Engagement for the American Physical Society from 2008 to 2019.

8:00pm Lecture: Derek Muller (Veritasium​) "How Do We Figure Out What's True?" 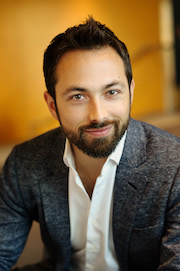 In our increasingly complex world, it is often hard to distinguish fact from fiction. Does water really swirl the other way in the Southern Hemisphere? Do you weigh the lightest in the morning? Are trees actually out to get you? These are just a few of the topics I will tackle to illustrate how science searches for truth. Along the way, we'll uncover our own biases and misconceptions plus principles we can apply in our own lives to avoid being fooled. At its heart, science is the application of rigorous methods to our natural curiosity and investigative instincts. Dr. Derek Muller is the creator of Veritasium, a YouTube channel about science with over 6 million subscribers and 650 million views, winner of the Streamy award for Science or Education in 2017. He has hosted award-winning documentaries: Uranium: Twisting the Dragon's Tail, Digits, and Vitamania for international broadcast networks. He was also a correspondent on Netflix's Bill Nye Saves the World and a host of the Australian science television program, Catalyst. He has appeared live on stage with Neil deGrasse Tyson, Michio Kaku, Space station commander Chris Hadfield, and he co-hosted the 2017 March for Science on the Washington Mall. Muller completed a degree in Engineering Physics from Queen's University in Canada, and a PhD in physics education research at the University of Sydney. The topic of his thesis was 'Designing Effective Multimedia for Physics Education'. 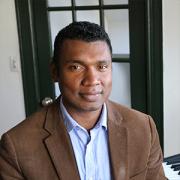 God Particle, the collaboration between Stephon Alexander and Melvin Gibbs, will perform a new work, "Ogodo Quanta" at the 2019 edition of The Big Bang Science Fair on Saturday, September 28th at WaterFire in Providence, RI. This work is a sonic meditation on the idea of the "Cosmic Fabric", the interconnected cosmic force. God Particle is dedicated to exploring and expanding on the connection between the ideas of eminent scientists like Albert Einstein and musicians like John Coltrane. Melvin Gibbs is a Grammy-nominated songwriter, a composer and musician who has been called "the World's greatest bassist" by Time Out New York magazine. His wide-ranging resume includes tutelage by Ornette Coleman, time in the seminal bands Defunkt, the Decoding Society, the Sonny Sharrock Band, and The Rollins Band. Stephon Alexander is a world-renowned scientist who is the current president of the National Society of Black Physicists. He is a theoretical cosmologist who in 2001, drawing on key concepts of string theory, co-authored a new model that may explain the accelerating expansion of the universe, known as "cosmic inflation".