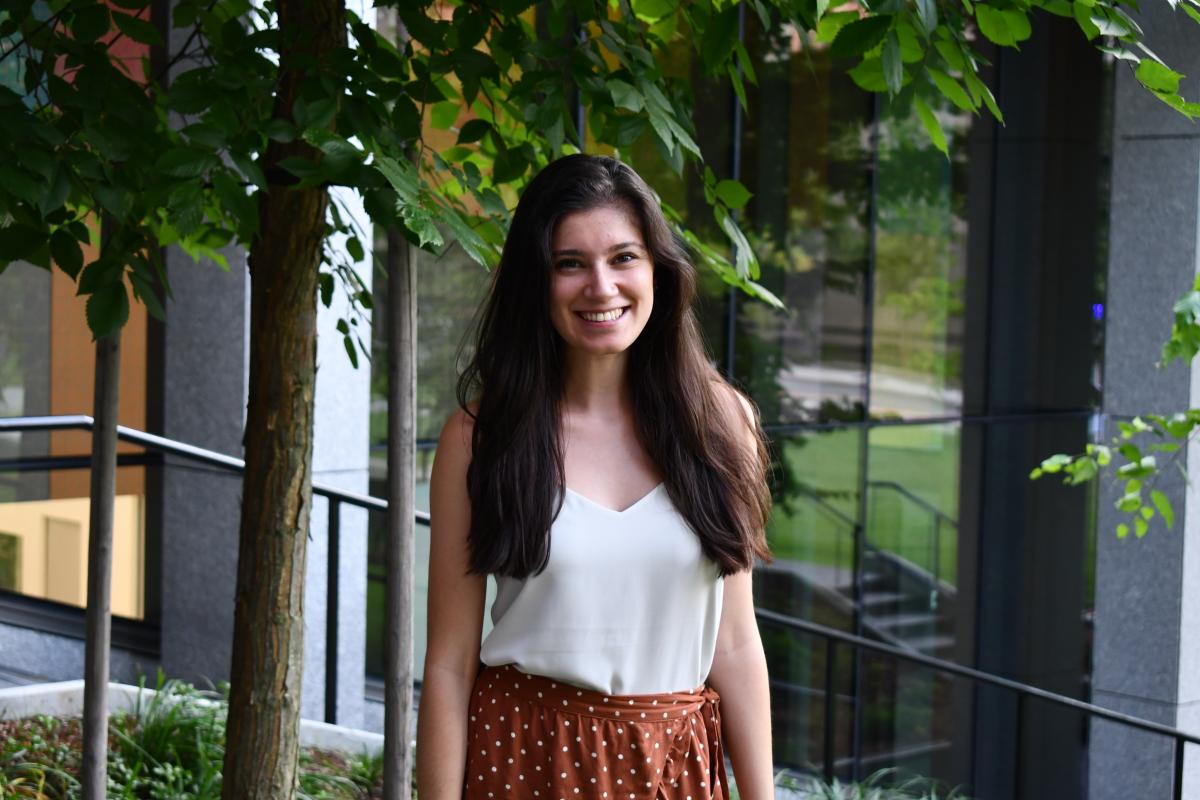 Can you share about the research you worked on this summer?

This summer I worked primarily on two projects. The first was in collaboration with Prof. Alexander and Prof. Jim Gates, as well as Evan McDonough and Konstantinos Koutrolikos, studying higher-spin supersymmetry in the cosmic microwave background. Using the framework of the ‘cosmological collider,’ we calculated distinct signatures that would have been imprinted on the non-Gaussianity of the CMB due to the presence of supersymmetric, higher-spin fields during inflation. My specific role was to assist in the cosmological analysis of higher-spin fermion exchange in the calculation of the curvature perturbation (scalar) three-point function. I also calculated the tensor-scalar-scalar three point function, describing higher-spin fermion exchange by a graviton and two scalars. Both of these calculations yielded distinct angular dependences for the three point function. The paper is on the arXiv (https://arxiv.org/abs/1907.05829) and has recently been submitted to the Journal of High Energy Physics!

The second project I am working on with Prof. Alexander is an extension of general relativity, in which the cosmological constant varies. In this extension, the cosmological constant is related to the torsion tensor (which is usually taken to be 0 in GR). We are working on developing this theory in a Friedmann-Robertson-Walker background, with the goal of turning it into something that looks like a scalar field theory.

What's a fun experience you had this summer in Providence?

I had a great summer in Providence, there were tons of fun events like PVDfest and Waterfire. I also had the opportunity to teach a class for Brown’s pre-college program on the philosophy of quantum mechanics, which was a blast!