PROVIDENCE, R.I. [Brown University] – Investments and losses in the real estate game are often minimal for speculative buyers in Detroit. But for neighborhoods and their residents, the effects are large, causing instability and the unraveling of properties and, ultimately, communities. PSTC Postdoctoral Fellow Eric Seymour is spending this year in the field in Michigan, researching the post-crisis housing markets in so-called shrinking cities, particularly the impacts of speculative and predatory investment.

Seymour’s research foregrounds the worsening housing security of inhabitants of shrinking cities, where affordable, safe, and sustainable housing is unavailable to most low-income households. His current work builds on his dissertation and earlier work looking at the “build-up of massive inventories of government-owned properties through foreclosure that local and federal governments sold at discounted prices to speculative and predatory investors.”

Media coverage, “Detroit real estate game creates chaos in neighborhoods,” cites Seymour’s research on speculative investors, noting the high rate of property purchases by speculative buyers and the damaging consequences of the practice. “My research shows these investors focus their activities in low-income African-American communities hit hard by the mortgage foreclosure crisis, where banks and federal government readily discharged properties at steep discounts to bulk buyers,” he said later. “Thus many of the same cities and neighborhoods targeted by subprime lenders more than a decade ago have been and remain targeted by predatory investors seeking to further exploit these vulnerable communities and their residents.”

Detroit, Seymour’s primary research site, has experienced the greatest number of foreclosures and speculative investment among U.S. cities over the past decade. Seymour is examining the use of land contracts and other forms of non-traditional housing instruments that enable investors to pass the costs of deteriorated structures on to vulnerable families, many of whom have been evicted because of the high-cost predatory nature of these instruments, he said.

He is also working with ACORN International to help identify other cities where contract sales have increased through the same mechanism of building inventories of distressed homes through bulk government foreclosure sales. Seymour has provided the data analysis, identifying cities, investors, and trends, while ACORN has been organizing households under contract to organize them to challenge the federal government and contract sellers for better terms.

Seymour seeks to build knowledge regarding housing and neighborhood dynamics under conditions of decline, particularly the role of urban policy in influencing the location and pace of disinvestment and investor practices for extracting profit from declining neighborhoods. In “What gentrification? Much of Detroit is getting worse,” he lays out the path that has led to the ongoing housing crisis there—from subprime mortgage refinances to foreclosures, investment buyers, unpaid taxes, evictions, and the decline of properties to the point they are unlivable. 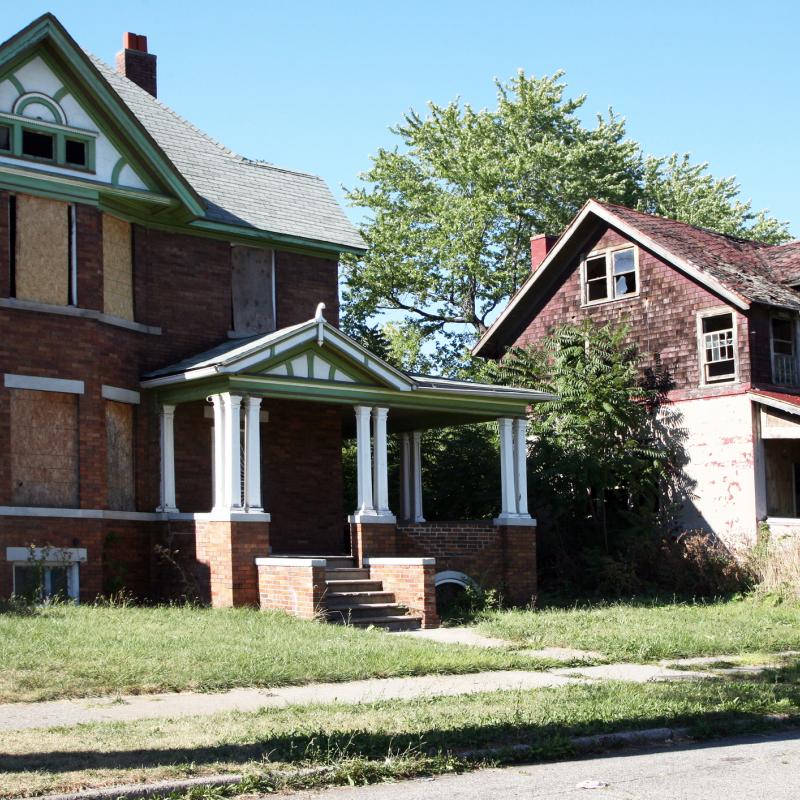