When schools began to re-open in August, PSTC economist Emily Oster was underwhelmed by the COVID-19 infection data being reported. “A lot of the data collection was really focused on counting cases, and it didn't provide what we saw as enough context for those cases,” she said.

In response, Oster teamed up with education organizations to create the COVID-19 School Response Dashboard for parents and schools to gauge the risk that comes with various school learning models and inform the best infection mitigation strategies.

Since shortly after its inception, Oster’s dashboard has become a highly-regarded source for meaningful school infection data. Her work has been featured in New York Times, NPR’s Morning Edition and Planet Money, and in her own Opinion article for the Washington Post. Furthermore, she has recently received grants from the Chan Zuckerberg Initiative and the Silver Giving Foundation to conduct further research with the data.

Oster said the infection data suggests a stark finding: Schools are not a significant source of COVID-19 spread. According to her dashboard, students and staff generally have infection rates similar to the general community, meaning that schools are not driving most virus transmission. For example, in New York, where data regarding both schools and community infections are robust, Oster’s data shows that student and staff infection rates generally remain at or below community infection rate levels, although the student infection rate was slightly higher in the most recent survey wave between Nov. 9 and Nov. 22. In addition, only 1.3 percent of schools had outbreaks of ten or more cases between Nov. 9 and Nov. 22. Oster said that using infection rates, rather than total cases, provides more insight into the risk of transmission.

The dashboard has collected anonymous data from millions of students and staff through a bi-weekly school survey, and is routinely updated as new data becomes available. The team is actively working to recruit new schools through word of mouth and through national and state associations such as the School Superintendents Association. Software company Qualtrics completes the analysis of the data. A simplified and accessible version of this dashboard is available on the landing page.

Users can filter the dashboard data under various conditions, such as state infection rate or school type. They can also view other COVID-19 information regarding schools, including the percentage of schools with larger outbreaks and the percentage of schools that use certain mitigation strategies, such as a mask mandate or reduced in-person density. A second page breaks down school infection rates by those mitigation strategies. Data analysts can explore the information in more detail through a separate page that provides greater access to the dataset.

Pointing to the disparity between private and public schools in their ability to afford the testing and tracing necessary for in-person classes, Oster commented, “I am very concerned about the inequalities that we already have in the education system that are going to be exacerbated by the move to remote schooling.” She added that because low-income kids and children of color are more likely to experience low-quality schooling, “we need to think about how to support those groups. Part of that is figuring out if there is a way to return safely.” 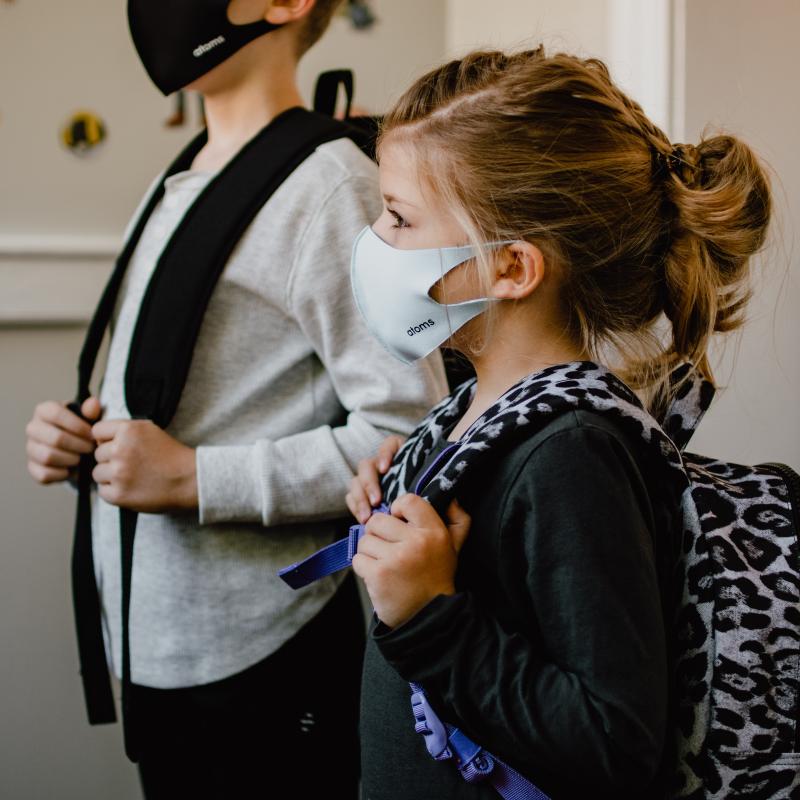