PSTC faculty associate Elizabeth Fussell, Associate Professor of Population Studies and Environment and Society (Research), fell into migration studies in graduate school, when her work on women’s labor force participation at the U.S.-Mexico border piqued her interest in migration. After completing postdoctoral research on U.S.-Mexico migration, Fussell went on to teach at Tulane University, where she became a migrant herself after the devastation of Hurricane Katrina in 2005.

“The whole city was set in motion,” Fussell noted of the hurricane’s effects on New Orleans. After experiencing the city’s recovery efforts firsthand, Fussell went on to spend years examining the long-term effects of the disaster, alongside Narayan Sastry, a University of Michigan demographer whom she met in New Orleans after Katrina.

Fussell and Sastry are now adapting the model that they used when studying Katrina—which entailed using census data to compare the outcomes of New Orleanians affected by Katrina with an otherwise comparable group of people who were not exposed to the hurricane—to a research project that will examine the effects of Puerto Rico’s disasters on migration to the U.S. mainland. The researchers recently received a Russell Sage Foundation grant for their project “Migration from Puerto Rico to the United States during Austerity and Disaster, 2000-2020,” through which they will collaborate with Census Bureau statistician Todd Garner to track the migration of two cohorts of the Puerto Rico population using 2000 and 2010 census data.

Fussell has identified two disasters that have influenced Puerto Rican migration patterns from 2000 to 2020. First, she noted the Puerto Rican economic crisis in 2006, which resulted from the termination of tax benefits that the United States had in place for manufacturers in Puerto Rico. As American manufacturers left the territory, unemployment skyrocketed, leading many Puerto Ricans to migrate to the U.S. mainland in search of employment.

“So, that’s the first crisis that’s related to migration from Puerto Rico to the United States,” Fussell explained. “The second event that happened in the following decade was Hurricanes Irma and Maria, and the destruction of the island’s critical infrastructure; of electricity and water and sanitation, and even roads.”

Fussell and Sastry hope that by developing a longitudinal data set from 2000 to 2020, they will better understand how the 2006 and 2017 disasters influenced migration from Puerto Rico to the U.S. “We’re interested in where they went, who they were, how long they stayed in the U.S., and anything that we can determine about their wellbeing in the U.S.,” Fussell said. “There’s a hypothesis that people migrate because there’s something to be gained from migration. But when you have a shock, like the shocks I’m talking about, sometimes people can’t necessarily gain as much as they should have if they had migrated under more optimal circumstances.”

Fussell expressed appreciation for the PSTC, noting, “It’s a dynamic, intellectual environment to be a part of. There’s a lot of support for scholars like myself, and PSTC has been vital to supporting this research.” 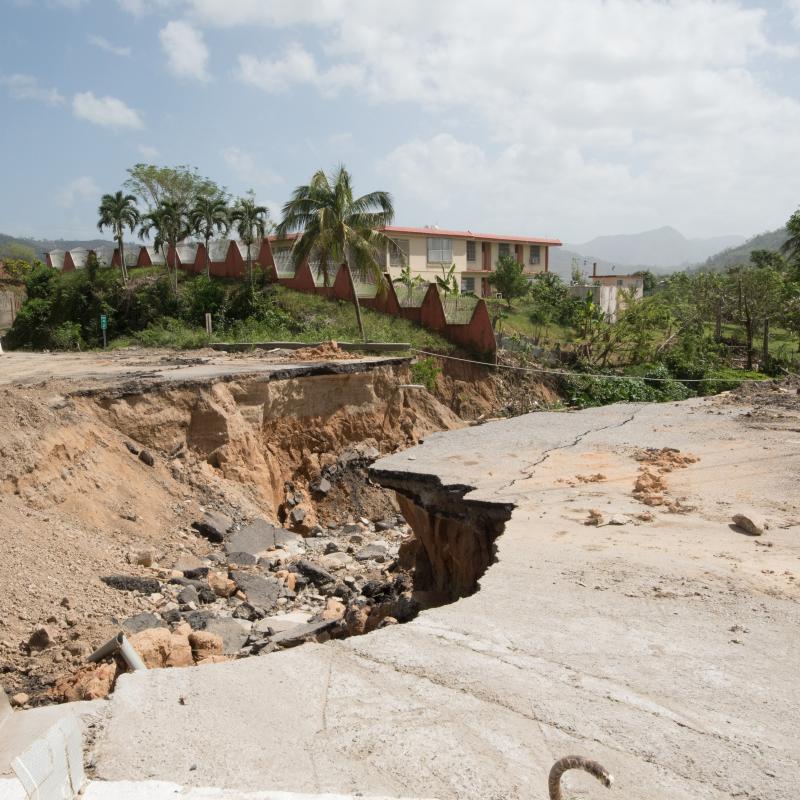