Redistributing the Poor: Jails, Hospitals, and the Crisis of Law and Fiscal Austerity 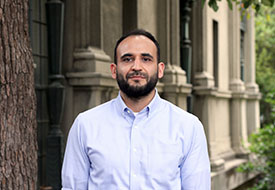 It is widely believed that because we as a society have disinvested from public health, the sick and poor now find themselves within the purview of criminal justice institutions. In Redistributing the Poor, ethnographer and historical sociologist Armando Lara-Millán takes us into the day-to-day operations of running the largest hospital and jail system in the world and argues that such received wisdom is a drastic mischaracterization of the way that states govern urban poverty at the turn of the 21st century. Rather than focus on our underinvestment of health and overinvestment of criminal justice, his idea of “redistributing the poor” draws attention to how state agencies circulate people between different institutional spaces in such a way that generates revenue for some agencies, cuts costs for others, and projects illusions that services have been legally rendered. By centering the state’s use of redistribution, Lara-Millán shows how certain forms of social suffering — the premature death of mainly poor, people of color — are not a result of the state’s failure to act, but instead the necessary outcome of so-called successful policy.

Armando Lara-Millán is an Assistant Professor of Sociology at UC Berkeley. He earned his PhD in Sociology from Northwestern University in 2013 before becoming a Robert Wood Johnson Foundation Postdoctoral Scholar in Health Policy Research. Armando is fascinated by how powerful organizations, whose actions affect the life fortunes of large numbers of people, use language and knowledge-making to reshape the economic worth of resources. He has examined such processes in contexts of urban poverty governance, residential-based digital platforms and gentrification, and is now turning to the tremendous cost of advanced medical technology. His work has appeared in the American Sociological Review, Criminology, Punishment & Society, Qualitative Sociology, and is forthcoming in American Journal of Sociology. Armando is the recipient of awards from the National Science Foundation, Law and Society Association, the Max Planck Institute for the Study of Societies, the Ford Foundation, the Society for the Study of Social Problems, and the American Sociological Association.