Screening: Ghost of Abu Ghraib (2007) | Daniel Heyman | I am Sorry It is Difficult to Start 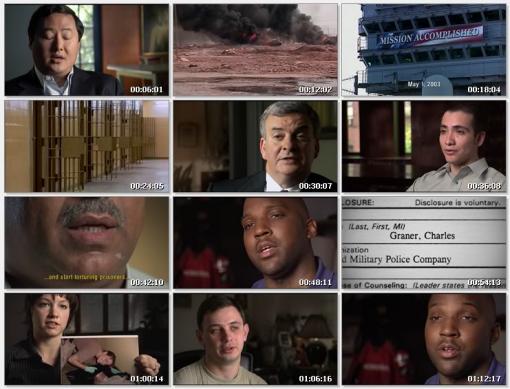 The familiar and disturbing pictures of torture at Iraq's Abu Ghraib prison raise many troubling questions: How did torture become an accepted practice at Abu Ghraib? Did U.S. government policies make it possible? How much damage has the aftermath of Abu Ghraib had on America's credibility as a defender of freedom and human rights around the world?

Acclaimed filmmaker Rory Kennedy ‘91 looks beyond the headlines to investigate the psychological and political context in which torture occurred in the documentary Ghosts of Abu Ghraib.

Ghosts of Abu Ghraib features both the voices of Iraqi victims (interviewed in Turkey after arduous attempts to meet with them) and guards directly involved in torture at the prison. Conducted by Kennedy, these remarkably candid, in-depth interviews shed light on the abuses in an unprecedented manner. Through these interviews, the film traces the events and the political and legal precedents that led to the scandal, beginning with the attacks on the World Trade Center and the Pentagon on Sept. 11, 2001.

While the White House and Pentagon claimed that the situation at Abu Ghraib was "a kind of animal house on the night shift," other on-site participants and observers maintain that the abuses at Abu Ghraib were part of a general pattern of a "gloves off" interrogation policy that had been put in place after 9/11.

Ghosts of Abu Ghraib strongly suggests that, far from being an unauthorized, isolated event by rank-and-file soldiers acting on their own initiative, the physical and psychological torture employed at the prison was an inevitable outgrowth of military and government policies that were implemented in a climate of fear and chaos, inadequate training and insufficient resources.

Rory Kennedy, co-founder and co-president of Moxie Firecracker Films, is one of the nation's most prolific independent documentary filmmakers, focusing on issues such as poverty, domestic abuse, human rights and AIDS. Kennedy's work has been featured on numerous broadcast and cable outlets, including HBO, A&E, MTV, Lifetime and PBS. She has directed and produced more than 20 films, including the HBO specials "Indian Point: Imagining the Unimaginable," which examines the potential for a nuclear disaster in New York City's backyard; "Pandemic: Facing AIDS," a five-part series that follows the lives of people living with AIDS throughout the world (nominated for two primetime Emmy® Awards); "American Hollow," which documents an Appalachian family caught between tradition and the modern world (nominated for a Non-Fiction Primetime Emmy® Award and Independent Spirit Award); and "A Boy's Life," about the troubling forces shaping the life of a young child in impoverished Mississippi.