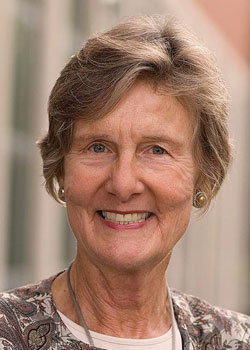 Nannerl O. Keohane is a political philosopher who served as president of Wellesley College (1981-1993) and Duke University (1993-2004), and has taught at Swarthmore, Stanford and Princeton, as well as Wellesley and Duke. Keohane is the author of Philosophy and the State in France:  the Renaissance to the Enlightenment (1980); Higher Ground:  Ethics and Leadership in the Modern University (2006), and Thinking about Leadership (2010).  She is a member of the Harvard Corporation and on the Board of Trustees of the Doris Duke Charitable Foundation and the Board of Directors of the American Academy of Arts and Sciences.  Nan Keohane is currently a Visitor at the Institute for Advanced Study in Princeton, NJ.