Talk It Out Profiles

Don't forget, you can always schedule a one-on-one conversation to talk about your career hopes, dreams, and fears and to make a plan for the future with a Career Counselor through Handshake or by e-mailing [email protected]

Read profiles of several of the alumni interviewed for the podcast below.

Rachel Black graduated from Brown in 2016 with a B.A. in Public Policy & American Institutions. At Brown, she focused on program evaluation and the American criminal justice system, taught civics classes in Providence Public Schools through the nonprofit Generation Citizen and worked as a Writing Fellow. Rachel is now an Associate at Education Resource Strategies, a nonprofit consulting firm that partners with district, school and state leaders to transform how school systems use resources (people, time & money) to meet students’ needs and close achievement gaps. She has worked on consulting projects in El Paso, TX, Hartford, CT and the state of Louisiana, and she currently serves on an internal team that uses ERS’ comparative database to answer research questions and create new planning tools for consultants and external partners. While on campus, Rachel was most likely to be found off campus rather than on.

Joan Grace Miller graduated from Brown in 2015 with a concentration in sociology  She is an eighth-generation Texan and moved back to her home state as soon as she could. She is passionate about anti-sexual violence work, particularly online, leading her to co-found Uplift- Online Communities Against Sexual Violence. She has been working in the sex education field for five years. She is currently a Community Health Educator at Planned Parenthood. While on campus, Grace was most likely to be found at the Grad Center Bar. 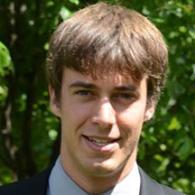 Florian Schalliol is a Senior Consultant and Case Team Leader at FSG, a strategy consulting, evaluation, and research firm that works with leading foundations, nonprofits, and companies to create social change. Florian recently worked with a leading extractives company to redefine their approach to community engagement and led an engagement with the Bill & Melinda Gates Foundation to create subsidized markets for evidence-based practices in higher education. Florian has also designed and led a firm-wide training on diversity, equity, and inclusion, for FSG’s consulting staff and has co-authored case studies on personalized learning and on charter school authorization. Before FSG, Florian worked as the Fellowship Program Manager at Classy.org and worked in development for the Parikrma Humanity Foundation in Bangalore, India. Florian graduated from Brown University in 2013.5. While on campus, Florian was most likely to be found slacklining on the main green.

Andrew Kaplan is a Policy Analyst in the New York City Mayor's Office where he works on public housing, affordable housing, and homelessness policy.  He holds a MPhil in Comparative Social Policy from the University of Oxford where he was a Rhodes Scholar and co-directed the Rhodes Artificial Intelligence Lab.  After graduating from Brown University in 2015, Andrew served as an Urban Fellow in the NYC Mayor's Office of Operations. He is originally from New York City. While on campus, Andrew was most likely to be found on the main green. 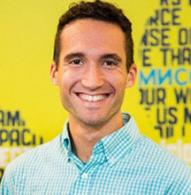 Ari Rubenstein graduated from Brown University in 2011 with a degree in Hispanic Studies, Lanuage and Linguistics. After school, he he organized with Environment Connecticut and with Green Corps—the Field School for Environmental Organizing. Ari is now the Deputy Communications Director at Corporate Accountability. In this role, he helps direct the organization's strategic communications for a wide variety of audiences, bringing a particular focus to crafting messages and telling stories that embolden people to tap into their own power as agents of change. He also conducts workshops and trainings for staff, activists, and supporters; works with campaign organizers to develop strategic plans; and coordinates special organizational projects. While on campus, Ari was most likely to be found in former Wilson Hall at emPOWER meetings. 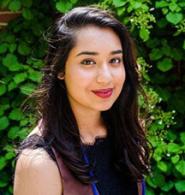 Photo Coming Soon. Lucinda Flowers graduated from Brown Universiy in 1977 concentrating in Political Science. Her career has focused on building communities, as a communicator, policy and advocacy professional, urban planner and grant writer. She worked in Providence for a number of years after graduation, first as press aide for former Mayor Buddy Cianci, and eventually as public information officer for Rhode Island Housing as it was rebuilding after an investigation.SheI then took a year to attend Harvard's Kennedy School, where I received a Mid-Career MPA . After spending the next decade in Washington, D.C., working mainly as a communications/writing consultant in housing and community development,  she returned to her hometown of New Orleans in 2003 - two years before Katrina struck. Since then she has worked with a number of non-profits focused on community building, and also as a NO City Planning Commission Senior City Planner focused on housing. While on campus, Lucinda was most likely to be found at Chamber Choir practice.