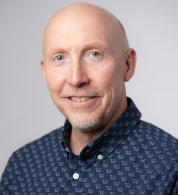 In addition to general career counseling, Jim directs the Careers in the Common Good project, which helps students connect with alumni and employers in the nonprofit sector, public service, social service, and government or entrepreneurial ventures devoted to serving the common good.

The Careers in the Common Good project, a collaboration with the CareerLAB and the Curricular Resource Center, engages more than 20 alumni each year to share their experiences with current students, works with the Rhode Island School of Design to organize a Common Good Internship and Job Fair, collaborates with BrownConnect to run the CCG Winternships Program in which more than 40 students do two-week projects in January with non-profits and social enterprises in New York, Boston, Providence, Washington, D.C., and San Francisco, organizes 20 summer internship opportunities in New York through the CCG in NYC program, and has a robust set of online resources at www.brown.edu/go/ccg.

In addition to his responsibilities at the CareerLAB, Jim serves as an academic advisor, is a member of Brown's Truman Scholarship Committee, and has participated in several programs and projects to help students make sense of their time at Brown and navigate their time after Brown, including Reflections on Success and Paving Pathways. Along with other CareerLAB staff, Jim attended the Designing Your Life Studio at Stanford University in June 2018 and runs programs and workshops at Brown using the curriculum and materials from the popular Stanford course.

From 1991 to 1996, Jim organized students at college campuses in Colorado, Massachusetts and Connecticut and ran door-to-door canvass operations in seven states for CALPIRG, CoPIRG, MASSPIRG, Sierra Club, Green Corps and Clean Up Congress. From 1996 to 2002 Jim worked as a writer and graphic designer and from 2008 to 2009 as the Senior Editor for Public Interest GRFX, the in-house communications team for the Public Interest Network. From 2002 to 2008, he oversaw the direct mail projects for 50 state PIRGS and Environment America’s federation of state environment groups. He has previously served on the boards of Environment Rhode Island and the Environment Council of Rhode Island.

First Job Out of College:  Editor-in-Chief, Farmington Valley Herald
Most interesting Job: This one! Second most interesting, Public Interest GRFX, Senior Editor
Dirtiest Job: Short-order cook, Wellfleet Beachcomber
Fun/Unexpected Fact: I was a Jet in West Side Story in high school
Favorite App: Strava
Ask me about: Comic Books from the 1970s and 80s
Favorite place: Colorado
Did you have a pager? No
Have you ever used a typewriter? Yes!
Star Wars or Star Trek: I refuse to accept the premise that I need to choose one.
DC or Marvel? Marvel (ha!)