What Did Hollywood Export to the Rest of the World?
February 16, 2017, Brown University 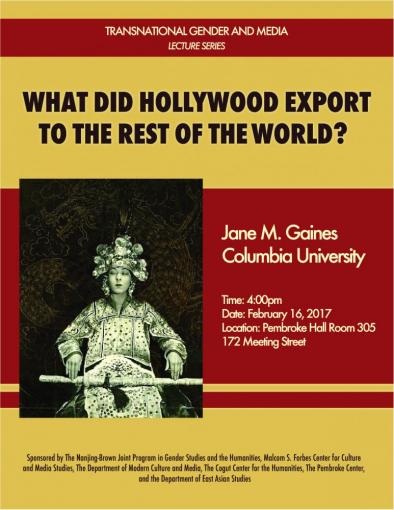 From Equality to Difference: A Comparative Study of Chinese and American Feminisms in the 1980s

Girlscape: Gender and the Marketing of Mediatic Ambience in Japan
November 6, 2015, Brown University 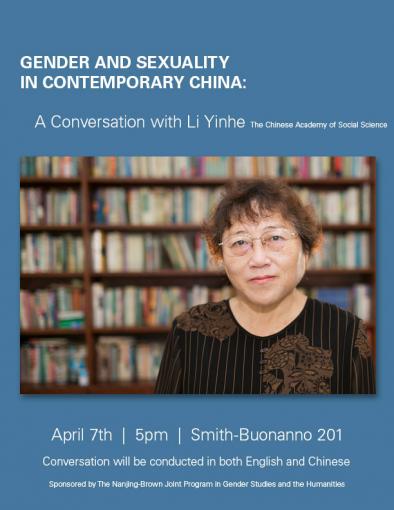 The spread and penetration of neoliberal market values and governance across the post Cold War globe has significantly reframed questions regarding the relationship of economic development to social democracy (including gender) and social justice. Feminist scholars and activists throughout the world have responded to the complexity of these historical transformations, articulating different theoretical, geopolitical, and economic positions. This conference continues feminist endeavors to explore transnational theories and strategies that might generate dynamic and geopolitically meaningful alternative politics and practices in the global market era.

Bringing together scholars from Eastern Europe, Latin American, China and the United States, the conference aims to stimulate critical dialogues on a variety of topics, both old and new, concerning capitalism, socialism, (post)colonial modernity, (post)socialist markets, the role of the nation-state in modern history, transnational capital and labor, and the commercialization of media and cultural production. Conference organizers advocate translation as a critical and reflective enterprise, endorse transnational and cross-cultural engagements, and emphasize the critical importance of gender as an integrated analytical and political category applicable to interdisciplinary research and practice. 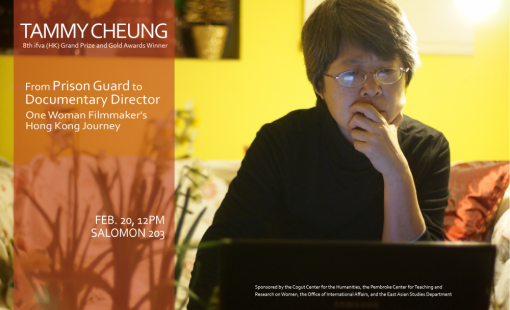 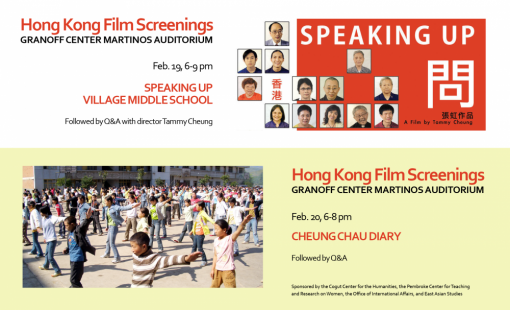 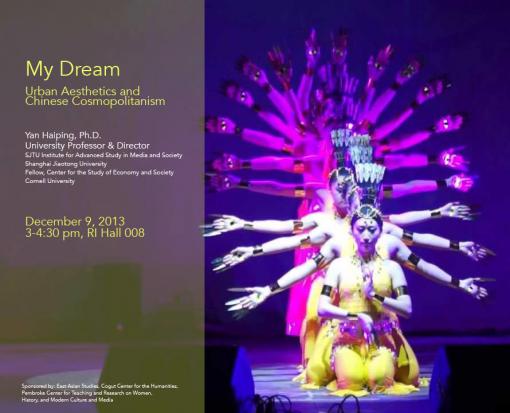 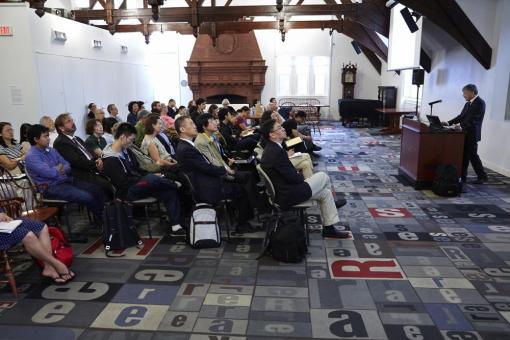 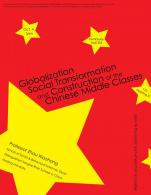 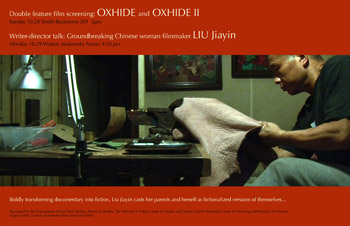 Boldly transforming documentary into fiction, Liu Jiayin cast her parents and herself as fictionalized versions of themselves. Her father, Liu Zaiping, sells leather bags but is slowly going bankrupt. He argues with his wife, Jia Huifen, and his daughter over methods to boost business in the shop. A cloud of anxiety follows them into sleepless nights shared in the same bed. But through the thousand daily travails of city life, a genuine and deeply moving picture of Chinese familial solidarity emerges from the screen.

With virtually no budget and boundless ingenuity, Liu Jiayin's eye-opening debut, shot when she was 23 years old, consists of twenty-three static, one-scene shots within her family's fifty square meter home. Liu keeps her small DV camera in claustrophobic closeness to her subjects, often showing only parts of their bodies as their voices dominate the soundtrack. OXHIDE takes the microscopic physical and emotional details of a family and magnifies them on a widescreen canvas. Breaking new ground in cinematic art, Liu Jiayin's follow-up to her masterful debut OXHIDE turns a simple dinner into a profoundly intimate study of family relationships.

Building on the stunning vision of OXHIDE (voted one of the best Chinese films of the 2000s), writer-director Liu Jiayin once again casts herself and her parents in scripted versions of their life in a tiny Beijing apartment. Liu takes her uncompromising artistry to the extreme, setting all of the action around the family dinner table, which doubles as her father's leather-making station. As the workbench is cleared for the family to make a dinner of dumplings, the camera catches every meticulous detail of the action in real time. Small moments between family members reveal deep insights into the mysteries of family relations and the art of everyday living.

Essay by the director: A Clumsy Movie: On Oxhide II (English)  Essay in Chinese 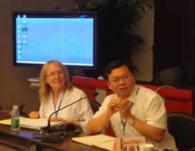 Read more about the inauguration of the new Center for Gender Studies and the Humanities, a collaboration between Nanjing University and Brown University, that kicked off this conference. 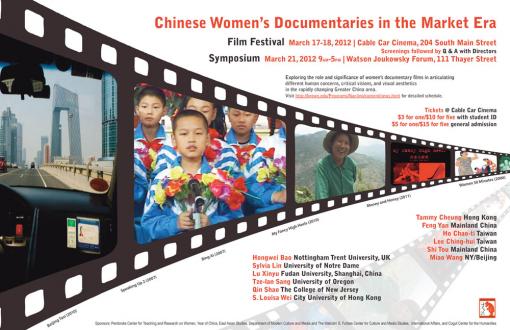 Chinese Women’s Documentaries in the Market Era will screen and examine important documentary films by Chinese Women directors from Hong Kong, Taiwan, and Mainland China. The symposium will feature directors and international scholars who will discuss the role and significance of women’s documentary films in articulating different human concerns, critical visions, and visual aesthetics in the rapidly changing Greater China area.


These Chinese women directors have made some of the most important and influential documentaries of the past decade on issues relating to the female self, sexuality, social migrations and transformations, and history. The symposium will explore these and other issues.

Sponsored by the Year of China, in collaboration with the Rhodes Center for International Economics and Finance, the Watson Institute, the Office of International Affairs, and the Department of Economics. 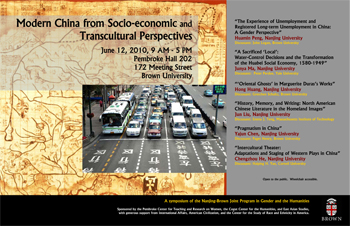 The development of modern China is intrinsically linked to social transformations, regional reconfigurations, global markets, and transnational cultural communications. Scholars from China’s Nanjing University will engage in critical dialogues with American scholars on issues related to gender, the environment, economics, and transcultural exchanges.

Chengzhou He
Professor of English and Drama, Nanjing University
Associate Director of the Institute for Advanced Studies in Humanities and Social Sciences
Co-Director, Nanjing-Brown Joint Program in Gender Studies and the Humanities
Interculturalism in Theater: Western Plays on the Contemporary Chinese Stage
Discussant: Haiping H. Yan, Professor and Director of the Graduate Field in Theatre Studies, Cornell University

Sponsored by the Pembroke Center for Teaching and Research on Women, the Cogut Center for the Humanities, and East Asian Studies, with generous support from International Affairs, American Civilization, and the Center for the Study of Race and Ethnicity in America.

While twentieth-century China has long been described as a century of revolution, Western feminist scholars of China have, over the past twenty years quite dramatically changed their views of the relationship of Chinese women to the revolution, shifting from a fascinated admiration of women’s elevated status in socialist China in the early 1970s to a pronouncement of the failure of the feminist cause in the Chinese communist revolution of the mid-1980s. This radical change in perception has spurred many questions. Was there a gender revolution in China’s long twentieth century? How do we understand the state feminism practiced in the communist revolution and in socialist China? Could Chinese women’s stories and writing help us comprehend revolution and agency differently?

The changing perceptions that sparked such questions have, in turn, stimulated critical reassessments of the ideological and political assumptions underpinning Western feminism itself: feminist scholars worldwide have had to reframe their political and intellectual endeavors in light of the entrenchment of transnational capitalism and international media. Taking into account the long history of globalization and modernity, they have examined, in particular, the complicitous role of feminism in reinforcing power structures in both national and global settings. Challenging the long existing modes of colonialist/neocolonialist and cold-war knowledge production, some feminist scholars have articulated a transnational feminist practice that interrogates universalized concepts of subject, gender, and history and calls for critical attention to historical specificities, local cultural dynamics, and political contingencies in dealing with ever changing and multilevel patriarchal collaborations.

It is in this context that a group of leading scholars gathered at Brown to reassess gender and revolution in modern China, reevaluate different political and feminist legacies, and develop new transnational approaches that take into consideration different cultures, histories, and political significations. 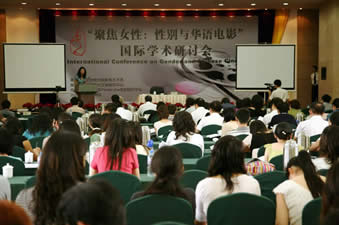 The conference was organized by the Nanjing-Brown Joint Program on Gender Studies and the Humanities and the Department of Drama and Movie Arts at Nanjing University. It was sponsored by the School of Liberal Arts in Chinese, and the the National Center for Modern Chinese Literature at Nanjing University. The conference hosted 150 international scholars, filmmakers, and graduate students. 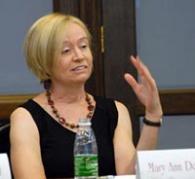 The mechanical and electronic representation of time has, along with other factors, made time subject to a form of representation--highly reproducible, easy to transmit globally--that has undeniably transformed its status and effects. Theorists and philosophers from Henri Bergson to Fredric Jameson have argued that the process of spatializing time is characteristic of modernity and/or postmodernity, producing a loss in which the experience of time as duration, flow, historicity, is replaced by the quantification or mathematization of time and hence its transformation into a static, spatial, divisible entity.  What can this mean in relation to a time-based medium such as the cinema?  Doane's lecture placed the cinema in its various forms in relation to the “spatialization of time” thesis. Through a concentration on the figure of the filmic ellipsis (and its exaggeration in the movie trailer) and an analysis of work in or about cinema by Hiroshi Sugimoto, Tsai Ming-Liang, and Jim Campbell, she explored a crisis in and around the commodification of time in a culture characterized by intensive and extensive mediation.

Scholars explored questions pertaining to Gender Studies and the Humanities through an international frame during this two-day symposium, which was attended by scholars from Brown University, Nanjing University, and nearby institutions. Presentations included: