Bringing scholars from China and the United States together to discuss the complexities of gender formations in contemporary China is a vital component of the Nanjing-Brown partnership.

Learn more about the conference.

Wang earned his Ph.D. in Political Science from Nanjing University in 2010. He is an associate professor in the School of Government at Nanjing University and last year was a resident research scholar at Nanjing University’s Institute for Advanced Studies in Social Sciences and the Humanities. His main research interests are in political philosophy, political sociology, and political culture studies. He is author of Political Rituals: Production and Reproduction of Power (forthcoming), Fighting For Legitimacy: Multiple Inscription of Political Memory, published by Jiangsu Renmin Press in 2008, and co-author of Political Philosophy: Keywords, published by Jiangsu Renmin Press in 2006. 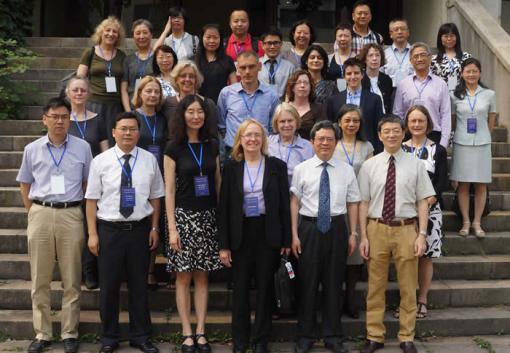 In addition, scholars and officials celebrated the Inauguration of the Center for Gender Studies and the Humanities, a collaboration between Nanjing University and Brown University.

Held in conjunction with the Consortium of Humanities Centers and Institutes annual meeting, six faculty members from Nanjing University spent a week at Brown University.   The delegation worked with Brown faculty and administrators to further develop the collaboration, participated in a symposium titled "Modern China from Socio-economic and Transnational Perspectives" with faculty from Brown, Cornell, Yale and the Massachusetts Institute of Technology. 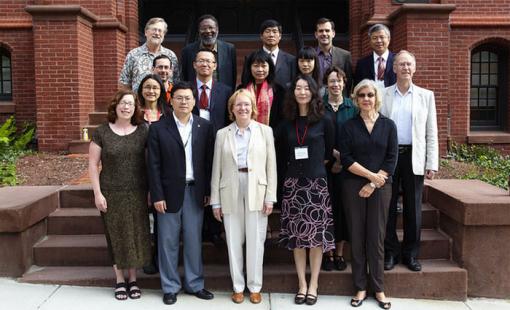 Xiao Hua, a Ph.D., already accepted at Brown as a special student, spent the 2007-2008 academic year conducting research on Chinese American women writers under the supervision of faculty in the departments of East Asian Studies and American Civilization.

Chengzhou He Residency, March 2009
Hosted by the Cogut Center for the Humanities, Brown University

Chengzhou He, Associate Director of the Institute for Advanced Studies in 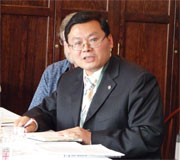 Humanities and Social Sciences at Nanjing University, spent a month in residence as a Cogut Center Distinguished Fellow.  While at Brown, he delivered a lecture on "Gaze, Performativity, and Gender Trouble in Farewell My Concubine" and participated in the Gender, Modern China, and the Transnational Humanities Colloquium. 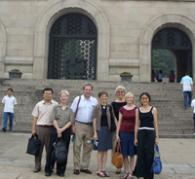 Six Brown University faculty members and a Cogut Center postdoctoral fellow traveled to Nanjing to inaugurate the Nanjing-Brown Joint Program and participate in a symposium on Gender Studies.  The symposium was followed by a major international conference on Gender and Chinese Cinema, attended by some 100 scholars from China and abroad, including a group of China's best known women film directors.