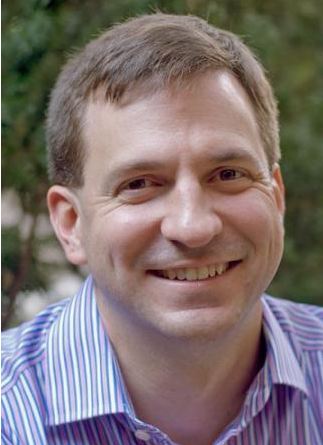 Engineers who design efficient internal combustion engines now need to know much more about what actually happens when fuel burns. That’s what combustion chemistry specialists like Franklin Goldsmith can provide.

To say that Franklin Goldsmith is a bit of a wanderer understates the case just a touch.

He worked for a while at a Montana dude ranch and was a pastry chef in Alaska. He hiked around North Carolina full-time for six months, publishing a trail guide in the process (still available, by the way). He roamed the country for a year in a Ford Ranger pickup, complete with a solar-powered apartment built into the bed. He spent some time in culinary school and eventually got a degree in philosophy from the University of North Carolina.

But sometime in the late 1990s, things started to come into focus for Goldsmith. “I became concerned about issues in energy and efficiency,” he said. “That made me think maybe I should consider engineering rather than just going back to being an itinerant chef.” That trail eventually led to him Brown, where he’ll join the faculty in the School of Engineering in January.

On the heels of his energy epiphany, Goldsmith enrolled at North Carolina State University, where he earned undergraduate degrees in chemical engineering and mathematics. Following a year in Germany as a Fulbright Scholar, he went to MIT and earned a Ph.D. in chemical engineering in 2010. Then it was back to Germany for postdoctoral work at the Fritz Haber Institute, and then back to the States as a Director’s Fellow at the Argonne National Lab outside Chicago.

Goldsmith’s research is centered on the complex chemistry of energy conversion processes. In particular, he’s interested in the chemistry of combustion. “The idea is to understand how we can design hydrocarbon fuels to make combustion devices more efficient, cleaner burning,” he said. “I’m trying to reveal the connection between the molecular structure of a fuel and how it performs in an engine.”

That kind of work is crucial in efforts to design new and more efficient combustion engines. In traditional gasoline and diesel engines, the molecular nuances of combustion chemistry aren’t particularly important for engineers to understand. But new engine types being developed burn fuel at lower temperatures, making them far more efficient than traditional combustion engines. “What [engineers] are realizing with these new engine types is that they’re very sensitive to the fuel chemistry,” Goldsmith said.

That’s where his research enters the picture.

Goldsmith has been working with a group of theoretical chemists at Argonne to understand the cascades of reactions that occur when different fuels burn. That information can then go to engine modelers to help them understand which fuel works best in which engine.

“An engine modeler might be a mechanical engineer by training, and he or she might not have a very deep background in physical chemistry,” Goldsmith said. “So what they want is a collection of parameters that describe how the fuel burns inside the engine. Our job is to provide them with those parameters.”

Goldsmith plans to continue this work at Brown. He’ll be setting up both an experimental lab and a computational facility oriented to combustion chemistry. In addition to that line of research, he’ll try to continue work he started in Germany, which focused on heterogeneous catalysis. That work investigated the catalytic processes necessary to convert natural gas into commodity chemicals or liquid fuels.

Brown is an ideal place for either project, Goldsmith says.

“The kind of research I do — either in combustion or catalysis — is fundamentally multidisciplinary. In order to make any progress you need to be able to draw on bits and pieces from lots of different disciplines. That’s one of the things that drew me to Brown. The divisions between departments are essentially meaningless.”