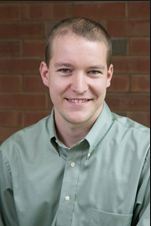 The Alfred P. Sloan Foundation is pleased to announce the selection of126 outstanding U.S. and Canadian researchers as recipients of the 2014 Sloan Research Fellowships. Awarded annually since 1955, the fellowships are given to early-career scientists and scholars whose achievements and potential identify them as rising stars, the next generation of scientific leaders.

“For more than half a century, the Sloan Foundation has been proud to honor the best young scientific minds and support them during a crucial phase of their careers when early funding and recognition can really make a difference,” said Dr. Paul L. Joskow, President of the Alfred P. Sloan Foundation. “These researchers are pushing the boundaries of scientific knowledge in unprecedented ways." Click here to read more.