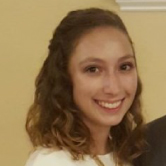 After three years in industry, Valerie began study in the Neuroscience Graduate Program in the fall of 2014. She joined the Burwell lab in January of 2015. That March, she was awarded a three year National Science Foundation Graduate Research Fellowship. The award supported her study of the role of the postrhinal cortex in representation of context. In 2018, Valerie was awarded the F99/K00 Career Transition DSPAN Award by the NIH. This fellowship supports Valerie for the last 2 years of her PhD as well as providing funding for 4 years of a postdoctoral position. Aside from research, Valerie also has an interest in teaching, mentoring, and in increasing the representation of underrepresented minorities in neuroscience. 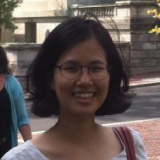 Eunkyu graduated from the College of William and Mary in 2013. After working for a year as a reseach assistant for David Bucci, she joined the lab as a doctoral graduate student in the Psychology Graduate Program. She is currently working on the structure and function of perirhinal-prefrontal interactions using neuroanatomical and optogenetic methods. 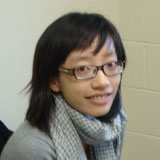 Fang-Chi was a graduate student in the lab. She received her PhD in 2017. She then went on to do postdoctoral research with Omar Ahmed at the University of Michigan. Fang-Chi is now back in the lab where she is continuing to study the posterior parietal cortex and related brain structures. 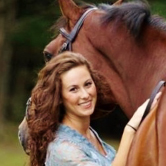 Devon joined the Burwell lab in 2010 after graduating from Stonehill College with a Bachelor’s in Neuroscience. She received her Master’s degree in Biotechnology from Brown in 2015. Devon is studying the connectivity between the perirhinal and prefrontal cortices; specifically, the neural mechanisms underlying object recognition memory and attention. She is also collaborating with Dr. Petra Klinge, a neurosurgeon from RI Hospital, using a rodent model of hydrocephalus to study the cognitive deficits associated with the disease. 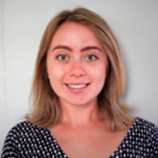 Taylor graduated from Bucknell University in 2015. After working as a reseach assistant for Professor Victoria Templer at Providence College, she joined the lab as a doctoral graduate student in the Psychology Graduate Program. She is currently working on the neural bases of social behavior.

Norma joined the lab in 2019 after obtaining her Masters Degree with David Smith at Cornell University. 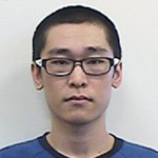 Peng joined the lab in the summer of 2019 after working in the laboratory of Professor Ruth Colwill characterizing zebrafish behavior. He is currently working on understanding exactly how context guides behavior. 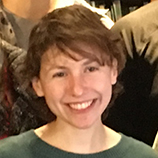 Julia graduated from Brandeis University in 2015. After working as a reseach assistant at Tufts University, she joined the Neuroscience Graduate Program as a doctoral graduate student. She is co-supervised by Barry Connors and is currently studying the thalamus using slice recording techniques.