The term “multi-electron bubbles”, or MEBs, usually refers to bubbles containing 105 electrons or more. These bubbles can be produced by applying a strong electric field to build up a dense layer of electrons on the surface of liquid helium. If the field is large enough some of the bubbles burst through the surface and become trapped in a large bubble in the liquid. This was first observed by Volodin et al in 1977 [1]. The electrons distribute on the inside of the bubble surface. If the electrons are treated classically, it is predicted that a bubble should be stable at negative pressures and unstable at positive pressures [2]. to decide whether a bubble is stable at zero pressure requires the consideration of quantum corrections to the bubble energy.

In one experiment we have accidentally produced MEBs [3]. We think this happened in the following way. The apparatus contained a radioactive beta-source. Under normal circumstances, the electron bubble produced by the source will diffuse throughout the liquid and ultimately escape into the metal walls of the cell or into the metal coating on the sound transducer. We suspect that in this particular experimental run the surface of the sound transducer was covered with a layer of non-conducting material, perhaps grease from a fingerprint. This prevented the bubbles reaching the metal coating, and resulted in the transducer being covered with a large number of bubbles each containing a single electron. 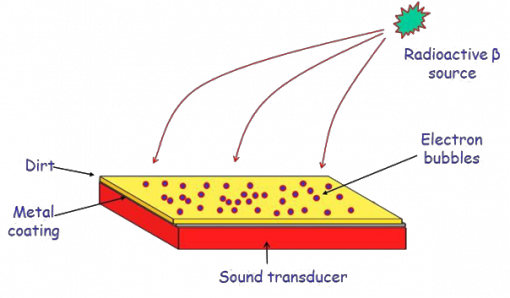 When a large drive voltage is applied to the transducer, most of these single electron bubbles will explode and grow rapidly. 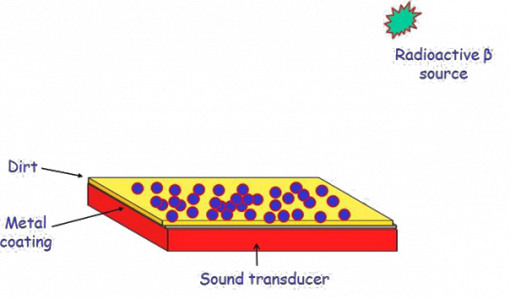 When they reach sufficient size they will coalesce and bubbles each containing many electrons will move off into the liquid. 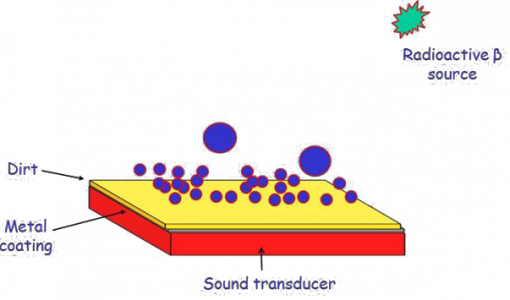 Here is a frame from a movie which shows a large multi-electron bubble moving through the liquid helium. The bubble appears as two bright spots; these two spots come from light reflected from the front and from the back of the bubble. The green circle indicates the approximate position of the bubble surface. We think this bubble contains approximately one million electrons. 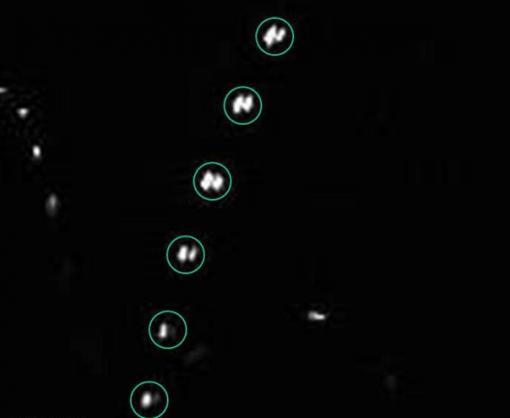