Images of the Motion of Small Particles

In addition to the electron bubbles, larger particles  are also sometimes seen in the movies [1].  These particles are probably dust that was resting on the surface of the sound transducer and then driven into the liquid when the transducer is excited. One sound pulse is sufficient to do this. These particles although still small (radius typically 10 microns), can be seen just by illumination; it is not necessary to apply a series of high amplitude sound pulses to make them visible.

The particles move through the liquid along irregular paths, apparently because their motion is affected by the presence of quantized vortices.  The next three photos are example of images obtained by using continuous illumination and a camera shutter opening of one second. 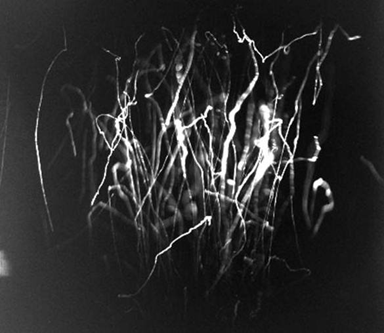 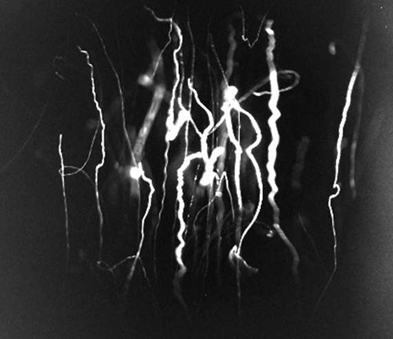 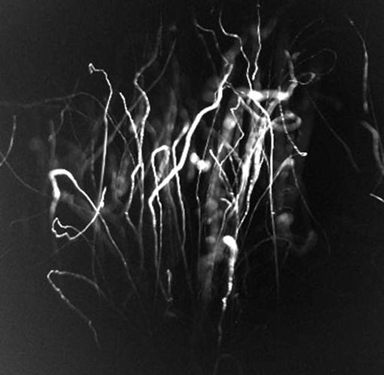 Occasionally, we see very interesting motion of some of the particles as in the following examples. 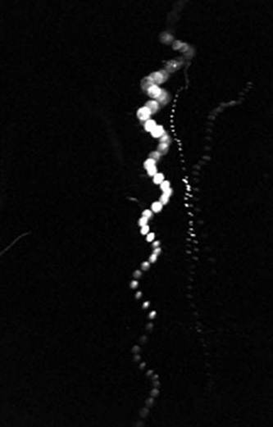 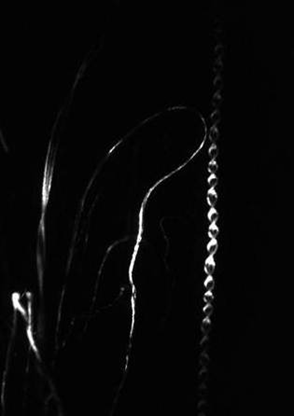 The feature in the picture above right we call DNA. So far, we have no understanding of the reasons for this type of motion. Here are expanded views of sections of the track of the particle. 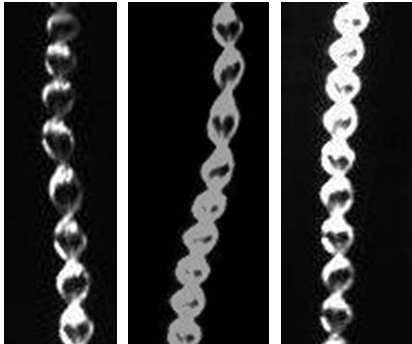 In the images shown so far only one sound pulse is used; this pulse propels a particle into the liquid. We have also performed experiments in which a series of sound pulses are applied. These show interesting results.   Each sound pulse transfers some momentum to the particle and gives it an upward velocity. However, if the particle is attached to a quantized vortex line, the line will act like an elastic string and pull the particle back. The next figure shows an example of this effect. Two particles are moving steadily to the left. Each appear to be attached to quantized vortices. The series of sound pulses give each of them kicks upward and the vortex pull them back to a position at close to the original height. 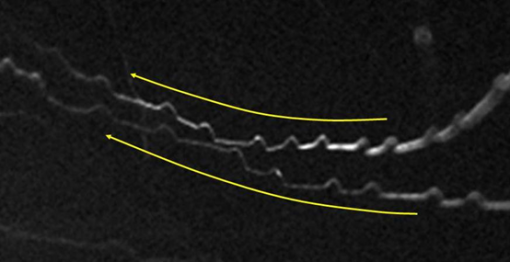 In the next image the particle is moving towards the right. At the position labelled by the white arrow a sound pulse knocks the particle off of the vortex and moves away freely.