CO₂: From Waste to Worth-Exploring the Market for CO₂-Based Commodities

"Carbon capture is a critical technology to move us to a clean energy future…” Nobel Laureate and former US Secretary of Energy, Steven Chu 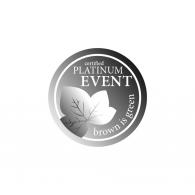 We earned a Platinum Rating for "CO₂: Waste to Worth" by diverting 92% of the waste generated by the event from the traditional waste stream.

According to the International Energy Agency, $36 trillion of global investment in clean energy will be required by 2050 to meet the internationally agreed-upon goal of limiting global temperature rise to less than two degrees Celsius. Under this 2050 scenario, Carbon Capture, Utilization, and Storage (CCUS) contributes one-sixth of total carbon dioxide

“CO2: From Waste to Worth” Conference to be Held at Brown 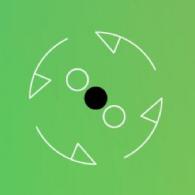 C4: Environmental alchemy C4 — Brown’s Center for the Capture and Conversion of CO2 — is working on ways to use excess CO2, an environmental pollutant, as a cost-effective ingredient in industrial chemicals and fuels, from plastics to pharmaceuticals.Environmental finance experts, clean energy entrepreneurs, and investors will gather at Brown University in Providence Thursday, Jan. 15, 2015, to explore CO2 technology advances and market opportunities.

Electrochemical Reduction of CO2 with Heterogeneous Copper and Homogeneous Iridium